Eight in ten Greek citizens evaluate the performance of the SYRZA-ANEL government as negative in the latest poll conducted by Marc polling company. According to the findings, opposition party leader Kyriakos Mitsotakis and his party, New Democracy (ND) are performing much better in all key indicators against ruling SYRIZA, with the difference between the two parties on the question of who voters intended to vote for reaching double digits, 27.2% compared to 13.4%. The extreme right party of Golden Dawn (GD) and the communist party KKE are locked in 3rd spot with 6% each, followed by Democratic Alignment (4.7%), and the Union Centrists (Enosi Kentroon) (2.5%), junior government coalition party ANEL and Zoe Konstantopoulou’s coming in at 2.3% on the threshold of the required 3 percentage points to enter parliament. The data analysis of the poll suggests that a ND is gaining the support of voters who had voted for SYRIZA in the previous elections, as a substantial portion (10.8%) are abandoning the ruling party and switching over to ND. Half of those polled responded they wanted ND to form the next government, with the majority still preferring a coalition government. 36% said they were closer to Kyriakos Mitsotakis’s ideas comported to 20% who agreed with the positions of PM Alexis Tsipras. Eight out of ten expressed increased concern over a possible “hot” incident with Turkey, while 65% of those polled had a negative view of Greek PM Alexis Tsipras’s recent visit to Cuba for the funeral of Fidel Castro. 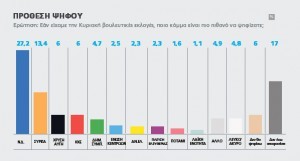 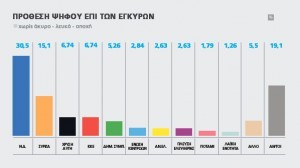 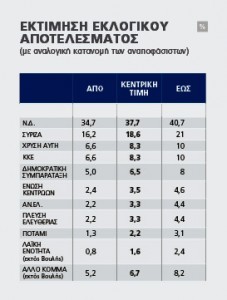 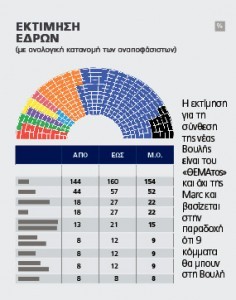 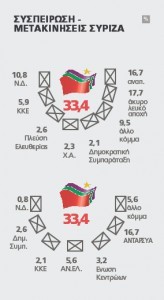