During last year’s simulation, the group successfully saved Tokyo from a catastrophic impact by launching a nuclear bomb at the asteroid

New York City, home to 8.6 million people and one hot duck, has perished in an apocalyptic meteor strike … in a simulation.

Over the past week, some 200 space experts from NASA, the European Space Agency (ESA) and other organizations have been melding their minds in order to face the crisis of a hypothetical asteroid barreling through space toward North America. The gathering, called the International Academy of Astronautics Planetary Defense Conference, convenes every year with the not-so-simple task of figuring out how to save Earth from a head-on asteroid impact — sort of like war games, but on a planetary scale. 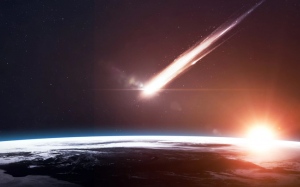 During last year’s meeting, the group successfully saved Tokyo from a catastrophic impact by launching a nuclear bomb at the asteroid, according to French news site AFP.com. The successful response ended a several-year losing streak that recently resulted in the obliteration of the French Riviera and Dhaka, the capital city of Bangladesh. Could the same nuclear tactics be used this year to save New York?