Nicky Hayden has died at the age of 35 – five days after being knocked off his bike in eastern Italy.

The American collided with a car on the Rimini coastline in Italy while cycling last week.

He was taken into the intensive care unit of Cesena’s Maurizio Bufalini Hospital and has had his family by his side for the last five days. 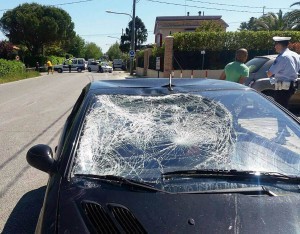 But the hospital today announced he’d lost the fight for his life.

A statement read: “The medical college has confirmed the death of the patient Nicholas Patrick Hayden, recovering from Wednesday May 17 in a hospital intensive care unit of Cesena Bufalini as a result of serious multiple injuries occurred on that date.” 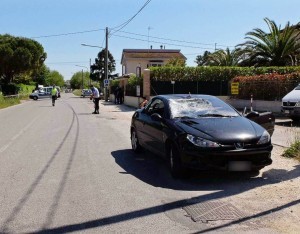 Hayden, who had been racing for Red Bull Honda’s World Superbike team, won the MotoGP championship in 2006 and ended Valentino Rossi’s dominance.

He had been eight points adrift of Rossi heading into the decider but the Italian slid out on lap five and eventually finished in 13th place. Hayden’s third-place finish ensured he took the title by five points.

Hayden was still racing and took part in the World Superbike Championship in Italy last Sunday.

In a statement, Hayden’s brother, Tommy, paid tribute to the MotoGP legend. 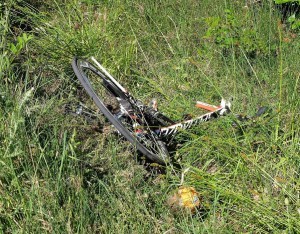 “On behalf of the whole Hayden family and Nicky’s fiancée Jackie I would like to thank everyone for their messages of support – it has been a great comfort to us all knowing that Nicky has touched so many people’s lives in such a positive way,” Tommy Hayden said.

“Although this is obviously a sad time, we would like everyone to remember Nicky at his happiest – riding a motorcycle. He dreamed as a kid of being a pro rider and not only achieved that but also managed to reach the pinnacle of his chosen sport in becoming World Champion. We are all so proud of that.

“Apart from these ‘public’ memories, we will also have many great and happy memories of Nicky at home in Kentucky, in the heart of the family. We will all miss him terribly.

“It is also important for us to thank all the hospital staff for their incredible support – they have been very kind. With the further support of the authorities in the coming days we hope to have Nicky home soon.”

It emerged this morning that video footage had been found taken from a resident’s state-of-the-art surveillance system which was close to the scene of the hit.

According to Italian newspaper Rimini Today, the images are of good quality and have been seen by police officers who are investigating.

Hayden was knocked off his road bike by a Peugeot 207CC last Wednesday.

There are rumours in Italy that say Hayden pulled out the junction without looking before the car hit him. It’s also being investigated whether the fact Hayden was listening to music could have been a factor.

Investigators found headphones connected to an iPod at the scene.

Hayden’s crash in Italy is being investigated by police after the deputy prosecutor in Rimini, Paolo Gengarelli, opened a file on the incident. 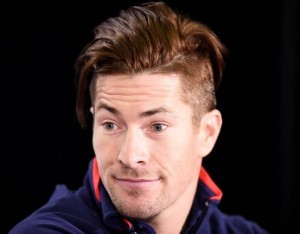 He has appointed police road expert Orlando Omicini to reconstruct the exact dynamics of the accident.

It is not known what speed the driver of the Peugeot was travelling at when he collided with Hayden.

The driver took a breathalyser test and was found not to have exceeded the alcohol limit.

The police reconstruction report is expected to be ready by mid-July.

The report is expected to focus on the speed of the car in the hope of establishing what happened.

The stretch of road where Hayden was knocked over has a 50km/ph speed limit.

Fans rushed on to Twitter to pay tribute to Hayden as the news broke this afternoon.

While cyclist Jody Cundy, who has represented Great Britain at six Paralympics, posted: “Sad to hear the news of Nicky Hayden passing away from his injuries sustained in a cycling accident last week. #gonicky #RIP69.”

Another user said: “We will miss you @NickyHayden thank you for fight till the end ride in peace #RIPNicky.”

“Every motorcycle racer and fan around the world should and probably does look up to this guy,” Crutchlow said.

“I did, and still do. The best professional I have ever had the pleasure to meet, share a track with and be a friend of. RIP @nicky_hayden. Our thoughts are with Jackie and the whole Hayden family.” 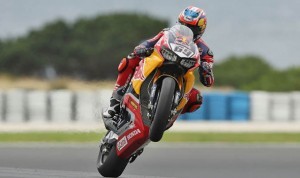