Fire crews scrambled to fight the flames and shut off the gas and electricity, leading to confused scenes

A teenager was killed and at least 10 others left injured after a series of violent gas explosions caused chaos in three towns north of Boston, Massachusetts.

The unexplained blasts left dozens of building smoldering and spread fire, creating a scene that was likened to “Armageddon” by one official. 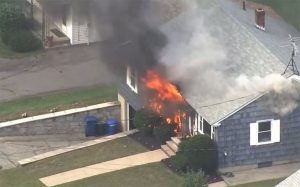 Some 8,000 people were estimated to have been forced from their homes on Thursday night as the emergency services scrambled to contain the fallout.

The National Transportation Safety Board has now sent a team to investigate the natural gas pipelines in the area to pinpointed the cause of the blasts. 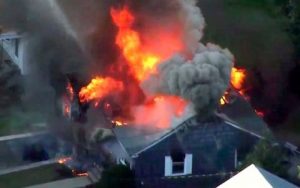 There was no immediate explanation, but witnesses reported smelling gas. One resident told The New York Times that her gas stove would not light, suggesting there may have been issues with the usual flow of gas.

At least 39 homes in Lawrence, Andover and North Andover were impacted by the blasts, forcing entire neighbourhoods to evacuate.

The three communities house more than 146,000 residents about 26 miles (40 kilometers) north of Boston, near the New Hampshire border. 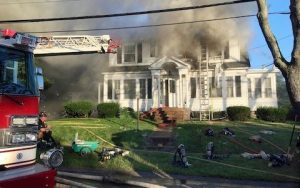 Massachusetts State Police urged all residents with homes serviced by Columbia Gas in the three communities to evacuate.

Fire crews scrambled to fight the flames and shut off the gas and electricity, leading to confused scenes as residents attempted to work out what was happening. 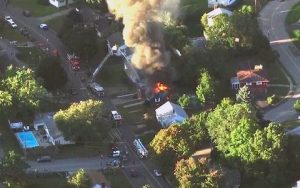 Michael Mansfield, the Andover Fire Chief, said: “It looked like Armageddon, it really did. There were billows of smoke coming from Lawrence behind me. I could see pillars of smoke in front of me from the town of Andover.”

Leonel Rondon, 18, of Lawrence, died after a chimney toppled by an exploding house crashed into his car, according to the authorities. He was rushed to a Boston hospital but was pronounced dead there in the evening.

Lawrence General Hospital said it was treating 10 victims, including at least one in critical condition. 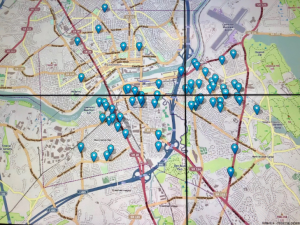 Hundreds spent the night in shelters, and school was canceled on Friday as families waited to return to their homes.

The Massachusetts Emergency Management Agency blamed the fires on gas lines that had become over-pressurized but said investigators were still examining what happened.

Charlie Baker, the governor of Massachusetts, said it could take days or weeks before investigators find answers to what happened.