After a year where the pandemic devastated the film industry, the number of TV viewers watching the Academy Awards collapsed to an all-time low, according to Nielsen data. The event’s viewership has fallen every year since 2015 with one exception in 2019 where it grew by three million. On Sunday night, it plummeted from 23.6 million in 2020 to just 9.85 million, a 58 percent decline. In 2010, the number of viewers was more than 40 million, illustrating the extent to which the event has fallen out of public favor.

Last year, an earlier than usual date in the calendar, a streaming boom and a lack of diversity were cited as key reasons for evaporating interest in the ceremony. This year, Covid-19 also hastened the decline. It is believed that shuttered cinemas combined with a lack of blockbuster contenders and high levels of unfamiliarity with the lineup also contributed to Sunday night’s ratings collapse. The format of the event itself did it few favors and it was moved from Hollywood’s Dolby Theater to Los Angeles Union Station out of necessity due to Covid-19.

The absence of a host, live musical performances and film clips served to make the event particularly dull while another change involved the announcement of the best actor and actress awards last instead of the best picture. The late Chadwick Boseman was favorite to win best actor and become only the fifth black performer to do so. In the end, Sir Anthony Hopkins won best actor but he was not present to accept the award, resulting in an awkward and drab ending to the ceremony. It also showed once again how difficult it is for black actors to win the biggest prizes on Oscar night. 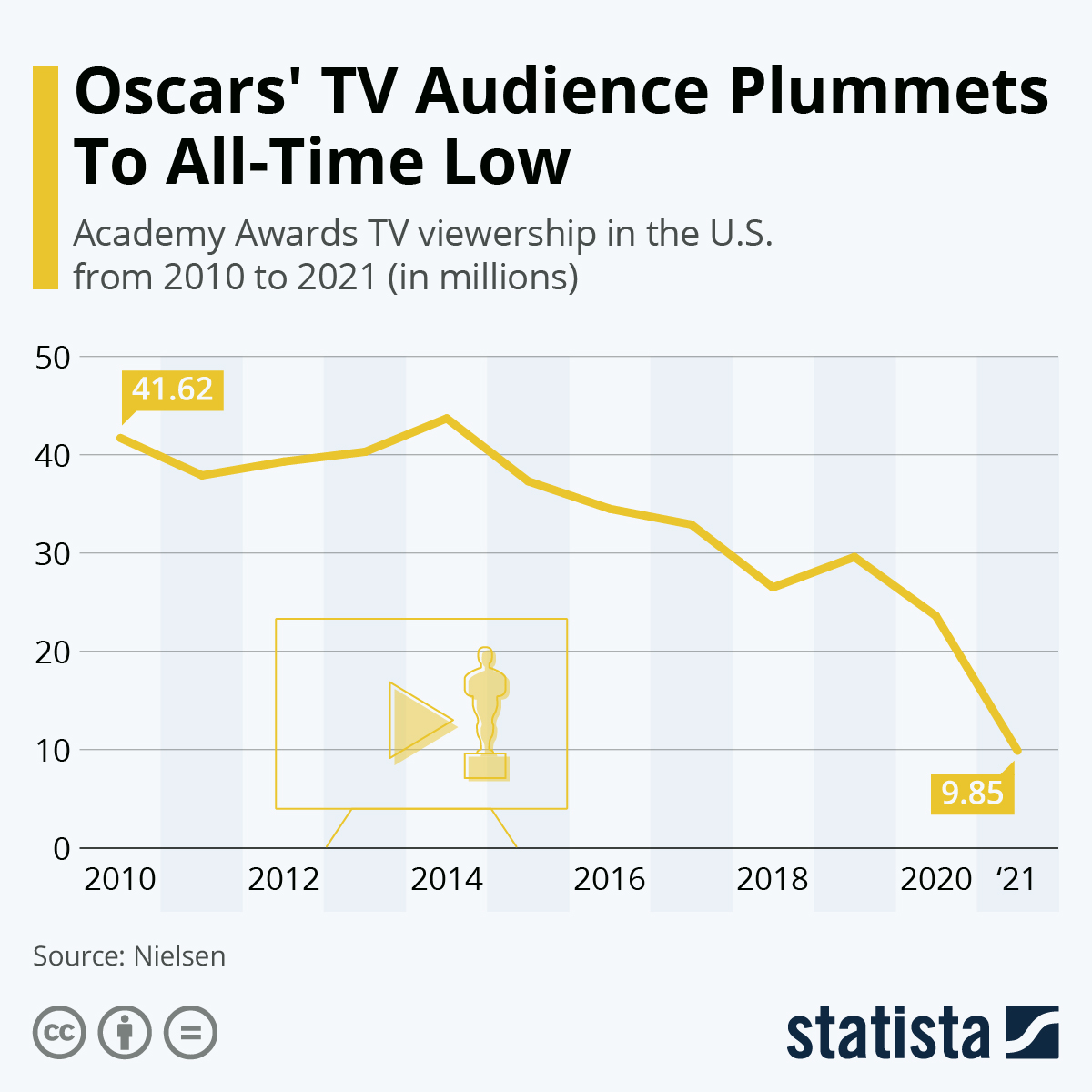