The island of Naxos has set a new Guinness record for serving the largest amount of fried potatoes after they managed to fry 626 kilos of potatoes. The feat was completed on Saturday when the Union of Agricultural Cooperatives of Naxos, which provided the raw material, along with locals fried a mountain of potatoes in less than eight hours. The event took place in the framework of an annual potato festival in its ninth season. 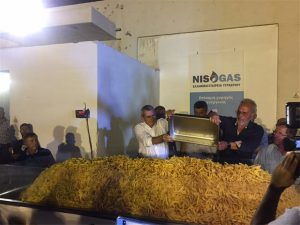 From Monday to Saturday, members of the Naxos Agricultural Cooperative Association, their families and dozens of volunteers, peeled a total of 1,800 kilos of potatoes. The net weight of the potato that resulted after peeling and frying the potatoes amounted to 625 kg. 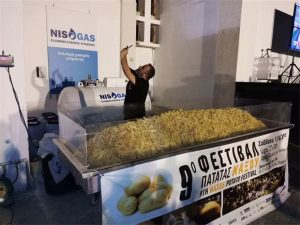 The final stage (frying) started at noon on Saturday and was had been complete shortly after ten o’clock. Apart from the potatoes, a total of 800 kg of local olive oil and 24 pots were needed for the large serving. 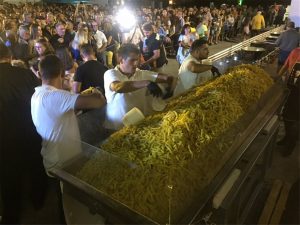 When the electronic weight scales struck the 860.0 kilograms, the new Guinness record was a fact, since it meant that 625 kilos of potatoes had been fried, much more than the previous record that had also been recorded in Naxos last year with 554 kilos. However, last year’s record is still the official Guinness World Record, as the organisation needs to judge whether a series of prerequisites and specifications were met during the attempt (weighing, hygiene etc). 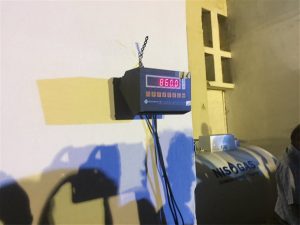 The festival, which took place at the Kapares area, included music and dancing with the higher clergy and many dignitaries, as well as local and state officials in attendance.