As the COVID-19 pandemic swept across the world, millions of white-collar workers and students were forced to work, learn and study primarily from home over the past twelve months. This change in work style has not only revived the previously slumping PC market, but also boosted demand for PC peripherals. As people realized that working from home wouldn’t be a short-lived fad, many decided to properly equip their home workplace, with secondary monitors among the more sought-after upgrades.

According to IDC, the unique work situation, coupled with the popularity of gaming, has propelled the global PC monitor market to the strongest growth year since the market researcher began tracking the industry in 2008. “Although some geographies have seen life move closer to pre-pandemic levels, ongoing restrictions of varying degrees continued to help funnel consumer budgets to furnish their homes for work or entertainment, even as low office occupancy inhibited commercial monitor spending,” IDC notes.

Thanks to the best fourth quarter since 2011, global PC monitor shipments amounted to 136.6 million last year, up from 126.1 million in 2019. With 26.4 million shipped monitors, Dell was the undisputed market leader, followed by TPV, HP, Lenovo, and Samsung. Combined, the top 5 manufacturers accounted for roughly two-thirds of global shipments in 2020. 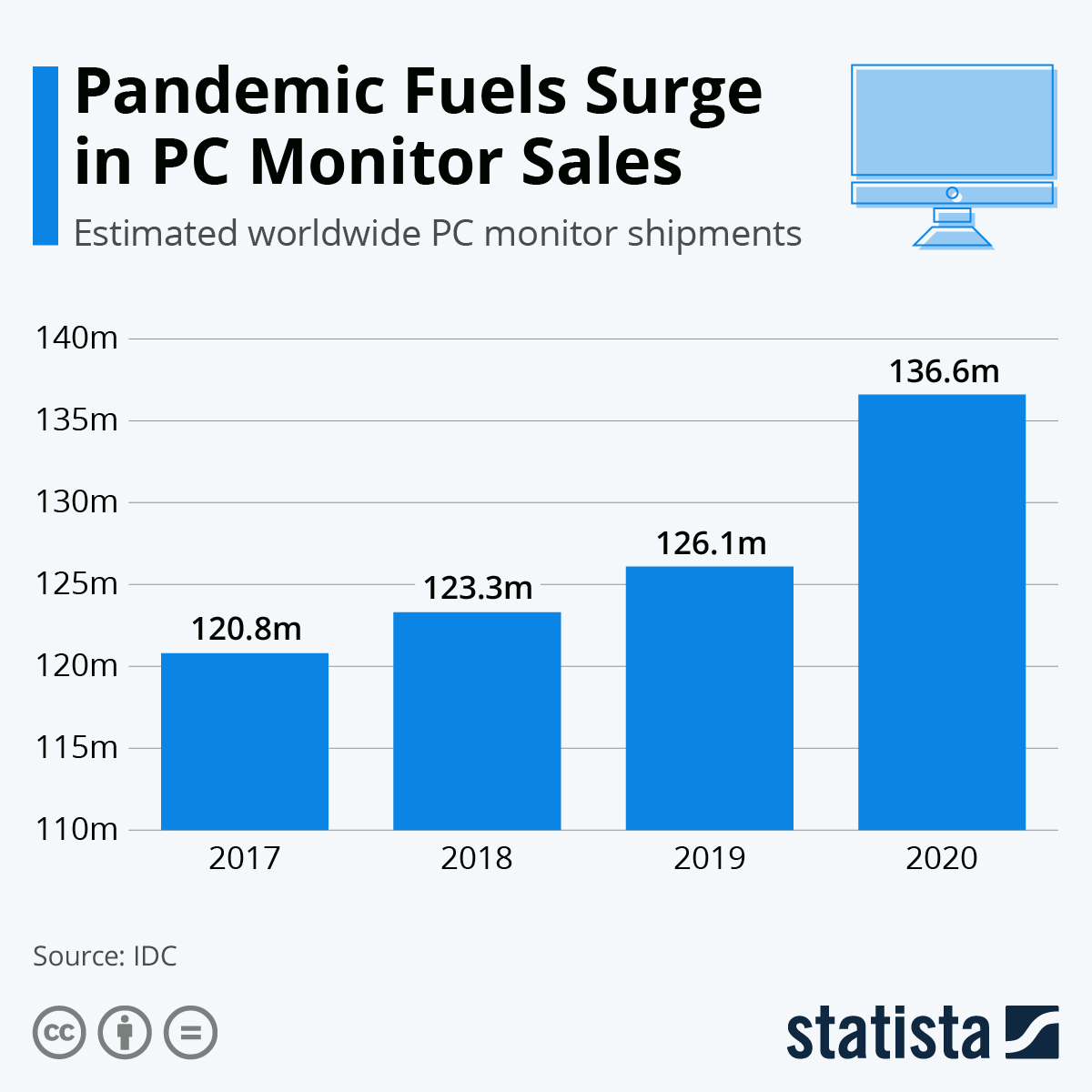 Tags With: computerscoronavirusCOVID-19PCrise in salessales