Airbus aims to get its A321 XLR to market in 2023, analysts say, a full two years before Boeing’s New Mid-Market Airplane

Boeing and Airbus may reveal plans or details about new passenger jets at the Paris Air Show, which opens this weekend.

The show in Le Bourget, France, runs from June 17 to 23, and could see a surge in airplane orders and big news from the regional electric aviation world that may affect Magnix, a Redmond-based electric airplane motor maker.

Airbus is widely expected to launch its A321 Extra Long Range passenger jet at the show, in part to celebrate the French-German aircraft manufacturer’s 50th anniversary before thousands of workers and hometown aviation enthusiasts, three aerospace analysts said. 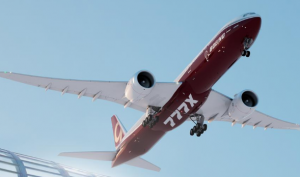 “With Boeing focused on resolving the Max crisis … Airbus likely will have extra motivation to launch the XLR, which is expected,” Cowen and Company analyst Cai von Ruhmor told clients.