Dan Noyes asked pet sitter Casey Brengle, “Just checking, you knew that there was a security camera there?” She answered, “I did.”

A South Bay pet sitter was caught on camera getting romantic in a customer’s home, after being hired through a popular dog walking app.

This story provides some tips in this “gig economy” if you use phone apps for food delivery, personal shopping, massage or dog walking. 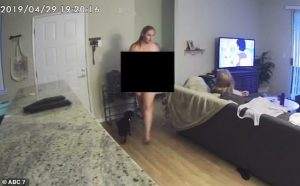 The company in question tells us they do thorough background checks on their dog walkers and pet sitters who are independent contractors, but that the reported conduct, in this case, is “unacceptable”.

Rosie Brown has two rambunctious little dogs, Penny and Daisy. When she headed out of town for a wedding three weeks ago, she turned to a popular app to find a pet sitter called “Wag!”. 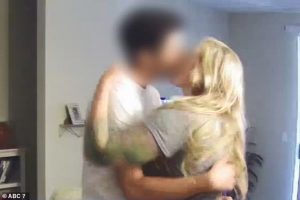 They agreed on four-and-a-half days of house-sitting with long walks for $315, and discussed the doggie cam on the kitchen counter; it also shoots out treats. Brown headed to Louisiana and, on the day of her cousin’s wedding, received an alert from the camera. 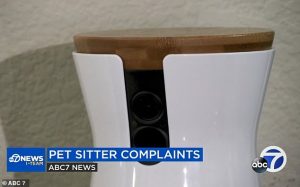 “On the preview on the alert, it showed a man in our house, someone that I wasn’t expecting,” said Brown. “So I opened it up and that’s when I saw she was there with a man in our house and they were going straight for our bedroom.”