Petrol bombs against police forces outside the Parliament were thrown by people who infiltrated in the student’s rally in the center of Athens.

The police forces that were in the spot did not use chemicals at first but when the attack against them intensified, they responded accordingly with tear gas hand grenades.

A rally is taking place in downtown Athens by students who disagree with the changes promoted by the Ministry of Education for high schools and the system of access to higher education.

This is part of a series of rallies.

Students state that they refuse to be guinea pigs and that the changes announced by the Minister of education Kostas Gavroglou will not be implemented. 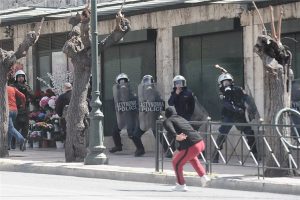 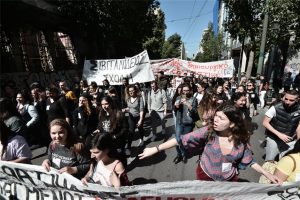 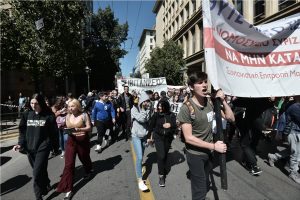