The two first ladies also had a warm meeting

Greek PM Kyriakos Mitsotakis was taken on a guide around the Champs-Elysees in Paris by French President Emmanuel Macron following their joint statements. The French President sent a stern warning to Turkey that neither France nor the EU would tolerate its actions in the Cyprus EEZ.

The French president, who has maintained a very good relationship with Kyriakos Mitsotakis since he was the finance minister of France and the Greek prime minister was the leader of the opposition, showed his Greek guest around the French presidential palace.

The atmosphere was also warm between the wives of the two leaders with Brigitte Macron warmly welcoming Mareva Grabowski, albeit with her left hand due an injury to her with hand.

The climate and the meeting of the delegations of the two countries were equally amicable, as shown in the photos released. 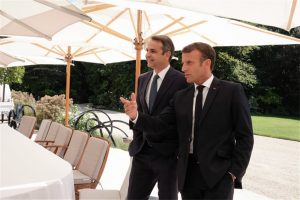 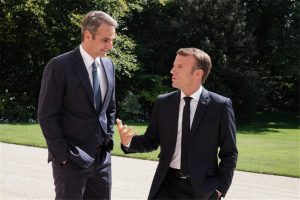 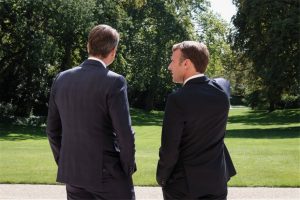 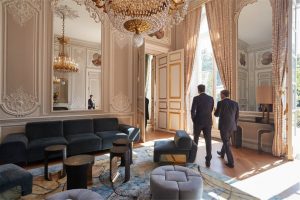 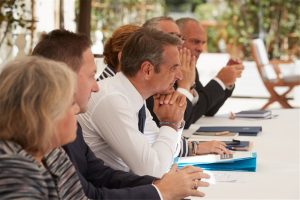 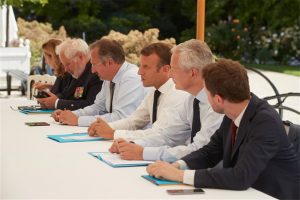 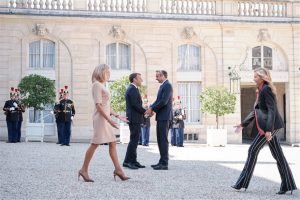 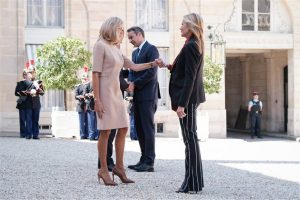 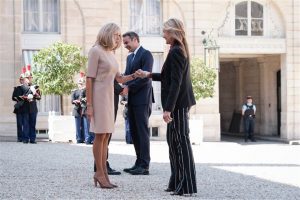