Security concerns have been raised about plans to carry out major servicing work on the UK’s new F-35 fighter jets in Turkey.

SNP MP George Kerevan is to call for an inquiry into the policy in the light of last year’s attempted coup in Turkey and tensions with its Nato partners.

Major repairs to RAF combat jets have previously been carried out in the UK.

The Ministry of Defence said the F-35 was an international project with a global support network.

Turkey was selected by the US department of defence’s joint programme office, based near the Pentagon, to provide “deep maintenance” and repair of engines for all F-35 aircraft based in Europe. 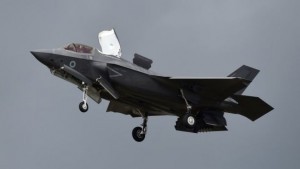 There will also be engine repair facilities in Australia and North America.

But Mr Kerevan said the UK should consider setting up back-up facilities.

“The UK should have options in the event of a diplomatic crisis with Turkey,” he told BBC News.

“I want to know what alternative arrangements are in place if it became impossible to have the the engines overhauled.”

The MP is writing to the defence select committee to ask it to investigate.

Mark Bobbi, principal analyst at IHS Jane’s, said the MP was right to raise the issue.

“My concern is that any cessation of Turkish engine maintenance would strain customer operations of the F-35,” he told BBC News.

“If such is in the context of combat operations in the Middle East, then the issue becomes very serious indeed.”

He said there was “far less concern” about the theft of intellectual property or “reverse engineering” if an F-35 “fell into the wrong hands” because aircraft engines are extremely difficult to replicate.

But he added: “F-35 partners, all of them, should be concerned with Turkey and be ready to respond quickly to any political, social, or ‘military’ crisis.”

The F-35, formerly known as the Joint Strike Fighter, is being built by US defence giant Lockheed Martin in partnership with other countries including the UK, which makes about 15% of the components.

The UK has so far ordered 24 of the jets, the first of which are due to go into service with the RAF and the Royal Navy next year.

The short take-off and vertical landing planes, which will be known as the Lightning II, are set to be deployed on the UK’s two new Queen Elizabeth class aircraft carriers. 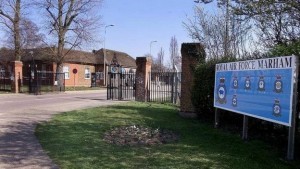 The nine F-35 partner nations – US, UK, Australia, Canada, Denmark, Italy, Norway, the Netherlands and Turkey – will share maintenance tasks, with UK companies handling repairs to electronics and ejector seats at a facility in North Wales.

The Ministry of Defence said this system would ensure “the UK’s security of supply of F-35 engines is not impacted”.

“F-35 is an international programme, with maintenance and repair hubs in Europe, North America and Asia-Pacific and a global support network that ensures security of supply for all involved,” said an MoD spokesman.

“The UK, along with the other F-35 partner nations, benefit from this approach and the efficiencies it delivers.”

Tensions between Turkey and its Nato partners have been running high since last July’s failed military coup.

President Recep Tayyip Erdogan has fired hundreds of senior military staff serving at Nato in Europe and the United States.