Protesters who were losing their homes engaged in fierce clashes with Greek riot police on the first day of online auctions to sell off repossessed properties amid the ongoing economic crisis in the country.

Images from the scene have shown furious Athenian protesters squaring up to officers in the halls of the First Instance Court in the nation’s capital. 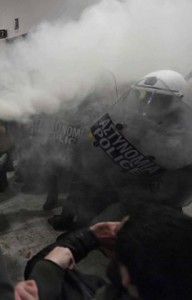 Protesters from various left-wing groups and others; including members of the Communist (KKE) and Popular Unity (LAE) parties, ran through tear gas to storm the building, before being brought to a grinding halt by officers. 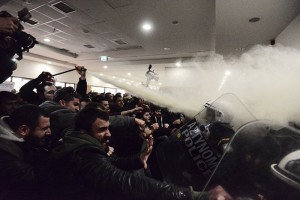 The clashes between the protesters and the police were violent and resulted in serious injuries, with law enforcement officers discharging deterring chemicals even inside the court building. 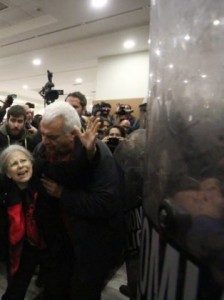 According to initial reports, Kaisariani mayor Thanasis Bartzokas is among those injured at the scene. He exhibited breathing difficulties from the chemicals discharged and was carried to the Evangelismos hospital in downtown Athens. 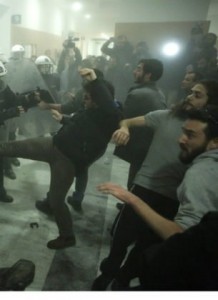 The rioting started earlier when left-wing protesters emptied fire extinguishers at the policemen at the scene who, in turn, discharged the chemicals. The rioters were attempting to enter the court building and were pushed away by the police. 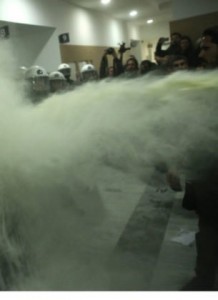 The protests accompanied the first day of online auctions to sell off citizen’s houses following years of financial instability for the EU member state. 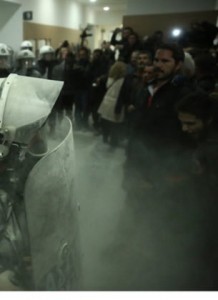 The foreclosure auctions are a key condition of the country’s international bailout, but have been repeatedly disrupted by leftist activists who say they are unfair and target the poor. 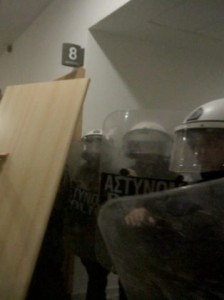 The events followed similar protests earlier this year, where furious Greeks stormed the halls of Athens’ central civil court, chanting “not a single home in the hands of a banker”.