Witty response to girl’s question on Turkey and Ukraine

In a nearly four-hour long Q&A session with Russian citizens during the annual call-in event, the country’s President Vladimir Putin called on Russians to avoid traveling to Turkey for safety reasons. Putin answered to nearly 80 questions ranging from the slumping economy to the conflicts in Syria and Ukraine, while he responded in a witty way to a ‘tricky’ question posed by a 12-year old girl on who he would save from drowning, Turkish President Erdogan or Ukraine’s President Poroshenkho, saying ‘If someone has decided to drown, it is impossible to save them. Despite this, we are help anyone who desires it’. 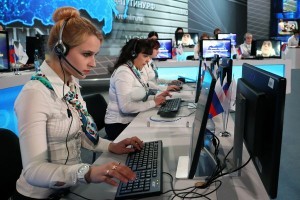 Putin blasted the Turkish government, accusing it of collaborating with jihadists instead of fighting them. ‘We believe the current Turkish leadership is not fighting against the radicals that much, but is more collaborating with them’, said Putin. He went on to say that a civil war was in progress in southern Turkey on its borders with Syria, which was ignored by the international media, advising Russians to avoid visiting Turkey. He added that Russia considered Turkey a friendly nation, but had problems with specific leaders. Putin promised the failing economy would start to recover. According to Russian networks, about 2 million callers participated in the annual Q & A. Putin said after the crucial role played by the Russian forces in Syria, the government managed to liberate the city of Palmyra from ISIS.