The luxury vehicle made in 1939 was used to drive the Nazi leader around Germany, including on his victory parade through Berlin after the devastating defeat of France following the German invasion during WWII.

One of Adolf Hitler’s Mercedes parade cars will be sold in an auction in the US state of Arizona in January.

The impressive Mercedes-Benz 770K Grosser, used to transport the Nazi leader along German streets, is one of only four such models ever made.

Hitler could be seen in probably the same car during his victory parade through Berlin following the surrender of France in 1940, as well as during his visit to Italy to meet with the then-Italian head, Benito Mussolini. 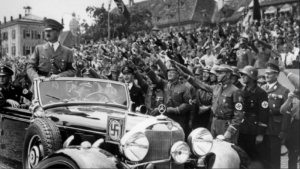 The vehicle is powered by a 7.7-liter supercharged engine and is equipped with a five-speed manual transmission.

The car, considered “the most historically significant automobile ever offered for public sale,” will be auctioned at a Worldwide Auctioneers’ event in Scottsdale on January 17. 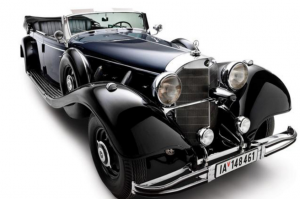 “The purpose of this display is absolutely not to glorify Hitler and his destructive policies,” the auction house wrote in a post on its website last week. “It is to show you one of the outstanding cars of the century, built by gifted people, and representing the highest in craftsmanship.”

The vehicle is said to have been owned by various people, including a European collector in 2002 and a Russian billionaire in 2009. The identity of the current owner has not been revealed. 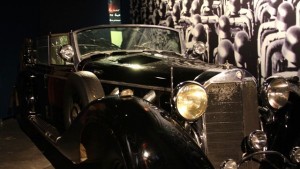