Part of initiative by an Austrian charity group

For those who are not locals on the Greek island of Leros, the sight of a group of refugees being driven around in a van and stopping at beaches might seem surprising. the island
Refugee groups hosted on the island’s hotspot hop on board the Echo100Plus van, wear plastic gloves and help clean the island’s beaches every week. This initiative began in December 2017 and continues on a weekly basis with the support of Echo100plus volunteers running the “The Hub Leros”, a centre offering educational programs and creative activities for adult refugees and disadvantaged members of the Leros community. 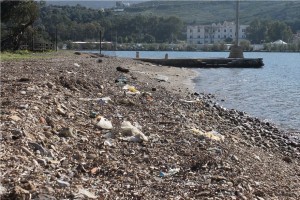 The stay of refugees on the island’s hotspots usually takes several months and asylum seekers spend time wandering around aimlessly at their temporary residence, while in the best cases attend educational programs or take part in activities organized by NGOs such as Echo100Plus in Leros. Many of the refugees in Leros have expressed the desire to volunteer in any way to improve the quality of life on the island. 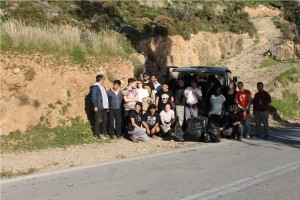 Surprisingly, the initiative has received a positive response from the refugees, with 15 to 20 refugees participating each time. To date, they have been able to clean beaches in Lakki, Alinda and Xerokampos and hope to continue in an effort to further enhance Leros. 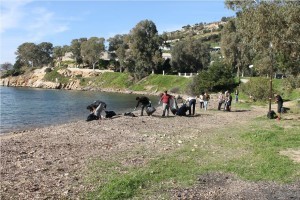 The aim of the program is to raise awareness among volunteers and environmentalists and to mobilise them to take similar initiatives.

Echo100Plus is an Austrian charity established in 2012 by a group of friends from Austria who have close ties with Greece. Initially, the organisation focused its efforts on actions aimed at relieving vulnerable social groups in Greece affected by the unprecedented economic crisis.