It is capable of launching 20 intercontinental nuclear missiles

Russia permitted the first glimpse of its monster submarine – dubbed “Vladimir the Great” – as it goes on sea trials in the Arctic.

The upgraded Borei is capable of launching 20 intercontinental nuclear missiles which could destroy cities almost 6,000 miles away.

The vessel, designed for deployment under the ice in polar waters, has been labelled the deadliest submarine on the planet.

The nuclear-powered ballistic missile submarine Knyaz Vladimir – or Prince Vladimir – was launched in November 2017 and is expected to be properly deployed this year. 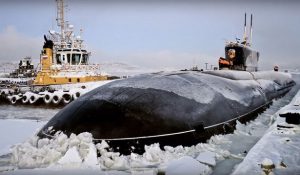 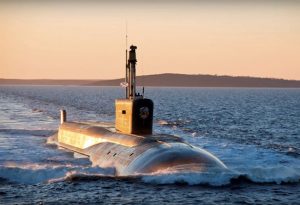 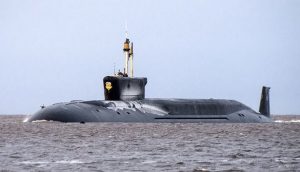