More than 70 years later, the shadow of the butcher still plagues Europe

A group of Russian and Ukrainian neo-Nazis is behind a different “beauty contest”. Hitler’s supporters are organizing an online beauty contest to find the sexiest neo-Nazi who will become “Miss Ostland” but is unofficially called “Miss Hitler”.

These neo-Nazi criminals came up with the competition’s name by the name that was given the Ukraine and the Baltic States by Adolf Hitler, during the Third Reich’s occupation.

The organizers require candidates to post a photo in the Nazi group  in the Russian “Facebook” which will “Certify” their beauty and morals.

According to a Russian website (Vocativ) so far 14 women from various countries of Eastern Europe and Russia have signed up.

The candidates are also encouraged to also write the reasons they love the Third Reich and Adolf Hitler.

The page has more than 7,000 followers. The winner will receive a specially designed box with symbols of Hitler’s regime, who has historically been responsible for millions of deaths worldwide. 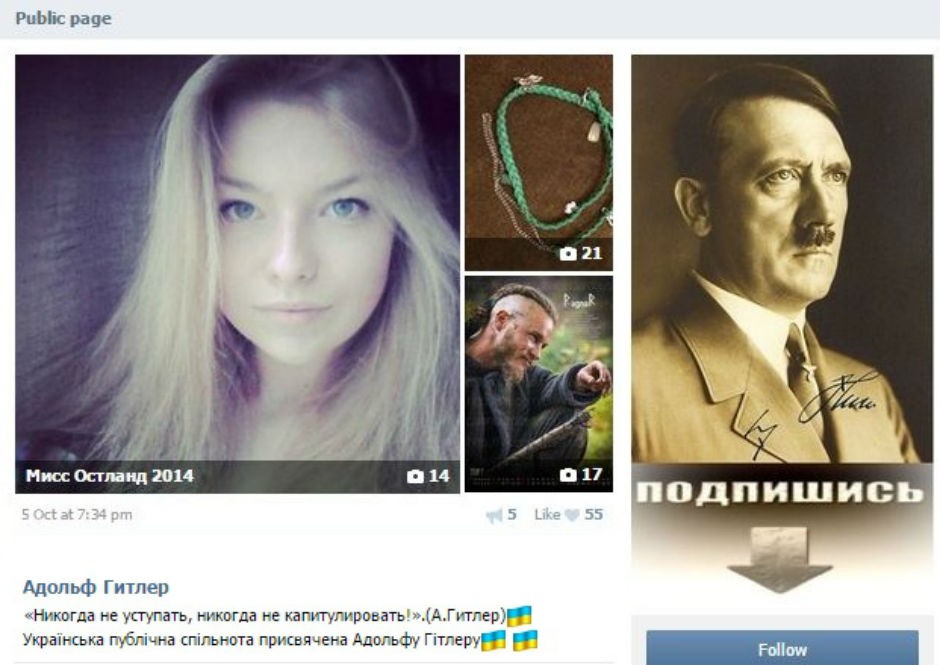