The pictures were captured by an Australian photographer

A fearless photographer captured these astonishing shots of a huge great white charging towards his shark cage.

Kane Overall, 32, took the incredible pictures from inside the protective barrier off the shark-infested coast of the Neptune Islands in South Australia.

Using a Canon 5d Mark IV with a 50mm lens, Kane was able to capture incredible images of the mighty apex predator as it closed in on him.

Kane said: “She was around 3.5 metres. It came in around two metres from the cage and then one time charged us for this shot and ended up turning off around two feet from my camera.

“I knew it was going to be a pretty wild shot but maybe too close as I was shooting 50mn.

“When I got up on the boat everyone crowded around the camera in the housing for a quick look … and we were all blown away.”

The Neptune Islands are two groups of islands located close to the entrance of the Spencer Gulf.

In February, an Australian photographer was lucky to keep all his fingers when another great white lunged at him as he tried to get the perfect shot in the same waters. 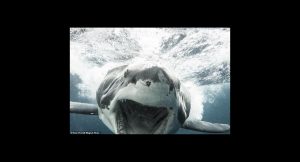 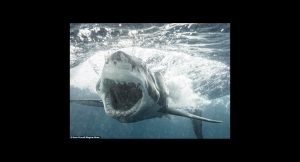 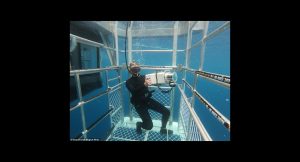 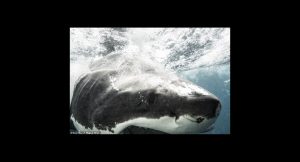 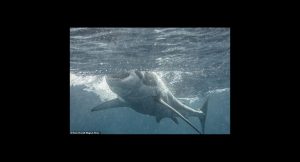