An ocean expedition near the Baja Peninsula revealed a strange, never-before-seen seascape teeming with life

A weird wonderland of new ocean life has been discovered in the depths of the Gulf of California.

The otherworldly ecosystem was recently explored by scientists from the US and Mexico. Their expedition focused on a previously uncharted hydrothermal vent field—an area on the seafloor where volcanism has heated the water—in the Pescadero Basin near the Baja Peninsula. 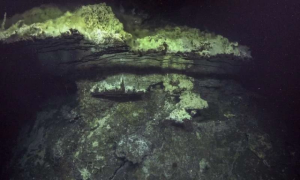 Here, the team found holes in the seafloor “gushing high-temperature fluids,” and steaming sediments “laden with orange-colored oil and the rotten-egg stink of sulfide. The researchers also captured footage of strange upside-down lakes and waterfalls, formed as superhot fluids poured out of a vent and pooled beneath the lip of an underwater cavern. 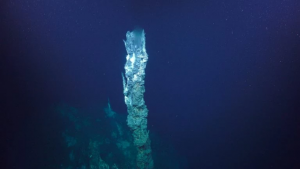 “The deep ocean is still one of the least explored frontiers in the solar system,” Robert Zierenberg, principal investigator and emeritus professor at the University of California Davis, said in a statement on Thursday.