Her mother had her back turned during the tragic incident

A toddler was killed by crocodiles after tumbling down a pit at her family’s farm. Rom Roath Neary, two, wandered off never to be seen alive again while her mum was busy looking after her newborn baby.

Dad Min Min, 35, initially searched the house before finding his daughter’s skull stripped of flesh on the ground of a concrete crocodile enclosure in Siem Reap, Cambodia. Police Lieutenant Och Sophen said the family recently built a fence around the concrete pool but small children were still small enough to fit through the gaps. Harrowing pictures show the toddler’s parents breaking down in tears as they clutch their daughter’s remains in their living room. 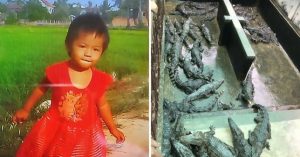 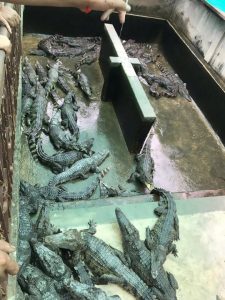