Seven signal pings believed to be from the submarine ARA San Juan, which has been missing since Wednesday when communications broke down, are giving Argentine officials hope that the crew can still be saved.

Argentine Defense Minister Oscar Aguad tweeted out the news Saturday night, confirming that the 44 crew members may be able to be saved after receiving “7 signals from satellite calls that would have been from the San Juan submarine.”

Authorities said the calls were made on Saturday, and that the Defense Ministry is working with an American company to analyze the location the calls came from.

“We are working arduously to locate it and we are transmitting our hopes to the families of the 44 crew members: that they may soon have them in their homes,” he wrote. 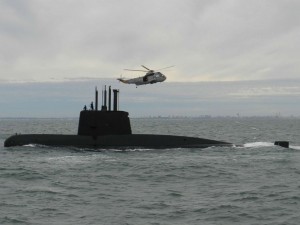 The Argentine Armada, the country’s navy, confirmed the news that the calls “would have indicated that the crew is trying to reestablish contact,” their official Twitter post reads.

It goes on to say that “we are working to determine its precise location.”

The calls, according to a subsequent tweet, lasted from “4 to 36 seconds” at various times but unfortunately “they did not establish contact.”

By Sunday, the pursuit to pinpoint the pings will be bolstered by the might of the U.S. Navy and Air Force, which are deploying more resources into the massive rescue mission already underway to locate the missing submarine, Pentagon officials told ABC News.

On Saturday, the Undersea Rescue Comand, or URC, shipped out two “independent rescue assets” from San Diego en route to the Southern Atlantic, where the Argentine Navy lost communications with one of its submarines. They are expected to arrive on Sunday, officials said.

The highly trained American sailors will employ advanced technology on the Submarine Rescue Chamber, or SRC, which has already been in touch with the family members of the 44 on board, and will utilize an underwater system called Remotely Operated Vehicle, or ROV. It can climb down to depths of 850-feet and pull to safety “up to six persons at a time,” the Pentagon officials said.

The sailors will also be relying on Pressurized Rescue Module, or PRM, which can rescue “up to 16 personnel at a time … by sealing over the submarine’s hatch allowing sailors to safely transfer to the recuse chamber,” according to officials.

The American reinforcements will join the Navy’s P-8A Poseidon multi-mission maritime aircraft and a NASA P-3 research aircraft that have been assisting the ongoing search for the ARA San Juan, a German-built TR 1700 class diesel-electric submarine. 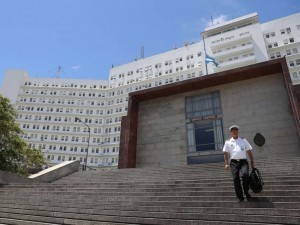 Before vanishing on Wednesday, the vessel was on a routine trip from a base in Ushia, on the southern tip of the continent, to its home base of Mar del Plata.

The submarine’s last-known position in the area of operations was near the San Jorge Gulf, about 240 nautical miles from the country’s southern shore.

When the submarine lost touch with its navy, a fire reportedly knocked out the submarine’s communications systems.

No SOS warning was received at any time, the Navy said.

Adm. Gabriel Gonzalez, according to The Associated Press, said he was still hopeful the submarine is only suffering minor equipment troubles and doesn’t consider losing touch with the submarine serious.

“We have a loss of communications. We are not talking of an emergency,” he said

The ARA San Juan launched in 1983 and is one of only three in the Argentine Navy’s fleet.

It hadn’t experienced any problems until two years ago, when it was sent to port to be repaired, the Navy said.