The singer had posted numerous messages in recent days, many of which refer to a custody battle over her son Shane, aged 11.

Irish singer Sinead O’Connor is reported to be safe and receiving medical treatment after posting a message about taking an ‘overdose on her Facebook page. In the post, she claimed that she had taken an overdose at a hotel in Ireland. She did not disclose the name or location of the hotel but the post was widely shared. The lengthy post by O’Connor who has four children siad she was “broken by events during this week and claimed to have been subject to “appalling cruelty”.

“The last two nights finished me off. I have taken an overdose” it read.

“I am at a hotel, somewhere in Ireland, under another name. There is only so much any woman can be expected to bear.”

The singer was found and is getting the treatment she needs. 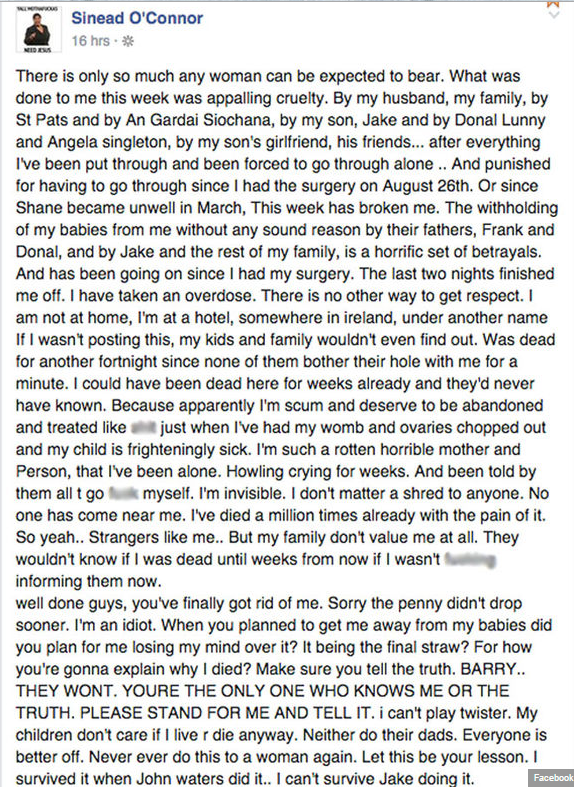