There are never enough Heidis

It is no secret that super sexy German model Heidi Klum adores Halloween. The proof is the 43-year-old beauty’s many eye-grabbing costumes over the years, stealing the spotlight on virtually every occasion, rightfully earning the title of “Queen of Halloween.” But this time the supermodel, turned fashion designer, might have outdone herself at this year’s Halloween party, as she turned up with five “clones” as her costume! It was claimed that she splashed out $10 million for the prosthetics and wigs of the five Heidi “clones” she appeared with at her party. The star-studded party was hosted at New York’s hottest “clubstaurant,” Vandal, and the costumes did not disappoint. 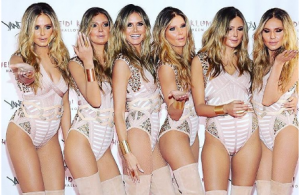 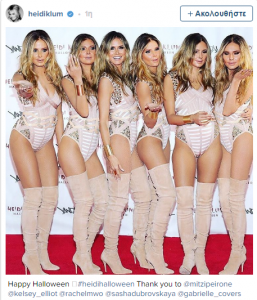 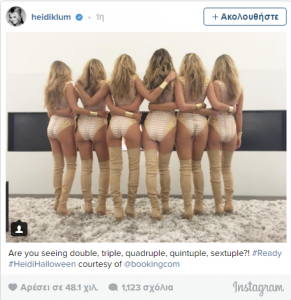