The reason for their secrecy is unknown

Did you know that some places across the globe are considered so classified that we can’t even see them on Google Maps? Conspiracy theories or not, it is a mere fact that Google has blotted out images in some locations on its Google Earth app. The reason is a mystery…Here is a list of six of these…. 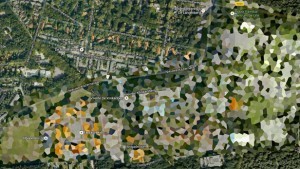 Ede is a city situated in the centre of The Netherlands. To the west, you’ll find some strangely pixelated parts, which is said to be the location of some of the country’s Command and Control Support. But when you look on Google Maps, you’ll see something called Fantasy4Kids listed – supposedly some child’s play centre – and an electronics store too… why would you censor that? 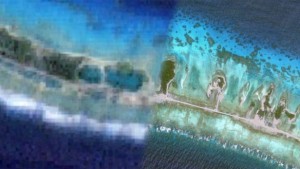 Among the French Polynesian islands scattered in the South Pacific is one called Moruroa, which looks like it may have something to hide…
Parts of the island are visible, while others are really quite blurred; making it impossible to figure out what may be hiding beneath. An airstrip, dock and some buildings are said to be on the island.
France conducted more than 170 nuclear weapons tests near Mururoa between 1966 and 1996 – could this be the reason for the blackout?
Girona, Spain 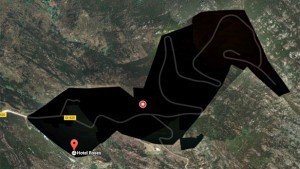 Something’s very obviously hidden in the north eastern city of Girona.
It’s not clear what’s beneath the black block, but the standard map view reveals that there are roads, as well as a hotel. Perhaps it’s somewhere the rich and famous go to escape the public (and Google’s) eyes.
Taipei, Taiwan 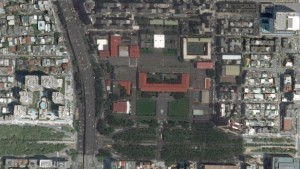 This facility is the Republic of China Air Force in the Daan District of Taiwan’s Taipei. Looks fine, right? Look again.
The entire space is suspiciously shaded differently to surrounding areas, leaving us to assume this view has been replaced with a doctored image.
Warsaw, Poland 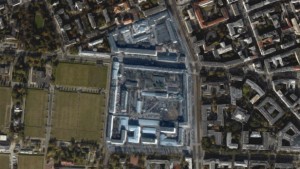 Similar to the Republic of China Air Force facility in Taipei, this area in the Polish capital is strangely coloured.
The site is offices of the Military Property Agency and the Military Technical Supervision Office, so it wouldn’t surprise that they’d decide to hide it a bit…
Munitiecomplex Veenhuizen, the Netherlands 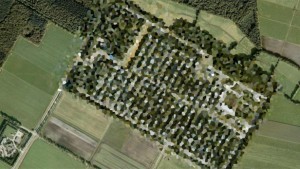 We’re back to the Netherlands again, and the Dutch have been busy masking some more areas hidden.
Apparently this area is off limits to the eyes of the public because it’s an ammunition depot.