Mountain men figured out how to use nature to their advantage

If you’ve done any research at all into the lives of mountain men, then you know full well that they lived a very dangerous, difficult, and at times violent life. Their lives were consistently put at risk from starvation, dehydration, exhaustion, ambushes, and general exposure to the outside elements.

Nonetheless, the mountain men who persevered and were successful, did so because they had mastered certain survival skills that enabled them to use the resources nature provided to their advantage. 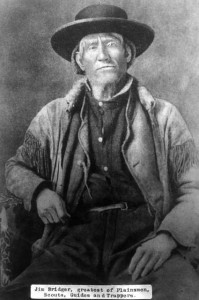 (One of the most famous mountain men was Jim Bridger)

Many of these skills some of us still use today, and they include the following:

This may seem like an obvious survival skill, since we all understand that food and water are major essentials in any survival situation. Nonetheless, it’s something that’s worth noting because it’s a fundamental skill that the mountain man mastered. 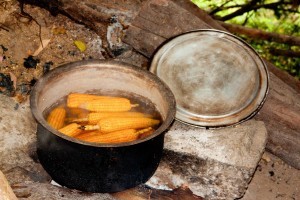 The mountain man understood that food and water are finite resources, meaning they would need to search for alternate sources of them on a daily basis. The problem, of course, is that it’s possible to get seriously ill from eating food that’s not safe for consumption or water that’s contaminated.

How To Cook Food

You have to get protein into your system during a survival situation to keep your energy levels up, and the best source of protein is undoubtedly meat. But do you know how to cook that meat using only natural resources? The mountain man could. 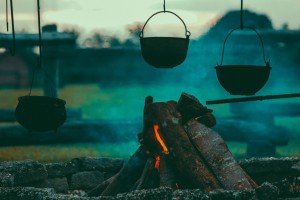 The safest way to cook meat in a survival situation is to boil it, but if this is not possible, the next best option will be to cut up the meat into smaller pieces and then roast them on a stick individually over a fire.

How To Trap Game

Alright, so you need to know how to cook meat to make it safe to eat. But how do you catch that meat in the first place?

Most mountain men made their living by trapping game and then selling the pelts. While selling pelts is obviously not going to be a priority for you in a survival situation, having the ability to catch small game is.

The beauty of setting traps is that once they are set up, they work for you, meaning you can then work on other tasks related to your survival and check back on them hours later. The best types of traps and snares to set include the deadfall, a squirrel snare, and a simple noose on a game trail.

The mountain man understood this trick because they recognized that it’s extremely difficult to build a shelter in the dark. Furthermore, they were fully aware of the various negative outside elements that could occur at any point and threaten their lives, such as rain, snowfall, high winds, and so on. Each one of these could result in hypothermia within a short amount of time if you lack shelter or protection of some kind.

As a general rule of thumb, start building your shelter a minimum of four hours before nightfall to give you a enough time to complete it. Shelter building is a very time consuming process, and you need to ensure that you have as much time as possible.

A fire is absolutely critical in a survival situation, and the mountain man knew that. With fire, you can keep yourself warm, cook food, boil water, have light in darkness, and keep hungry predators at bay. Building a fire alone is a morale booster. 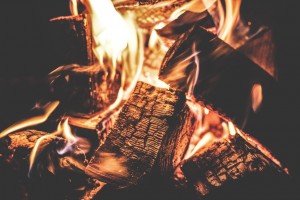 Mountain men would always build their fires several hours before night fall as well, just like their shelters. They also possessed the ability to create fire without the luxuries that we take for granted today. Flint and steel with charcloth, creating friction with sticks, reflecting the sunlight with a mirror, or the fire bow method are the four most surefire ways of creating a spark without more modern methods.

Always gather your fuel and kindling for your fire before you start to create it. The best kindling will be small sticks and materials like old man’s beard, while the best fuel is larger pieces of dried wood. The moment you create a spark or smoke, gently blow on it over your kindling to convert it into a flame.

Finally, mountain men possessed the amazing ability to create their own tools out of natural resources. For example, they would create knives out of flint or sharp rocks, and also make their own spears and bow and arrows. The bow in particular is a very valuable weapon, because it allows you to drop game or stop an attacker at a distance. 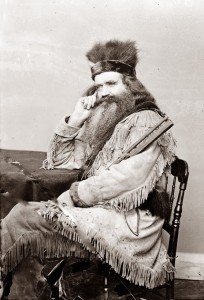 (Seth Kinman, a notable, 19th century, mountain man known to have hunted down around 800 grizzly bears)

Each of these survival skills are skills that mountain men had to master in order to survive in an adverse environment. But rather than let nature work against them, mountain men figured out how to use nature to their advantage.

As you can tell, each of these skills are ones that we still use today. If you ever find yourself in a survival situation, these will be the top skills that you’ll want to master.