Locals refer to ‘storm of the century’ on “Mama Mia” island

The central Aegean island of Skopelos, part of the Sporades chain, was swamped by torrential rains on Tuesday and Wednesday morning, with the unprecedented flooding on the island causing significant damage.
Cars piled on top of each other, like fallen dominos, and others washed into the sea, were just some of the destruction island residents awoke to. 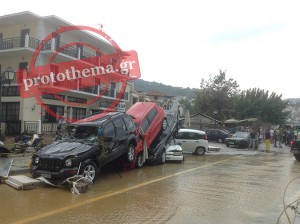 A floodway emptying in the island’s main port turned into a mighty arroyo during the evening.
Many will remember Skopelos as the setting for the Hollywood musical “Mama Mia”. 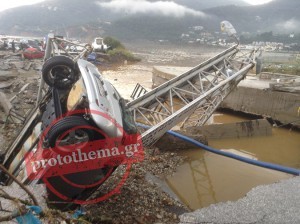 Schools are closed on the island, many parts of which remained without power. Damage from the thunderstorms also caused damage on neighboring Skiathos island. 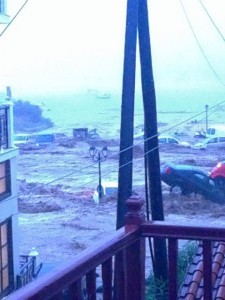 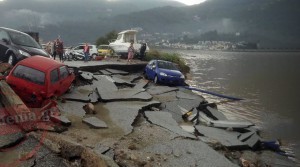 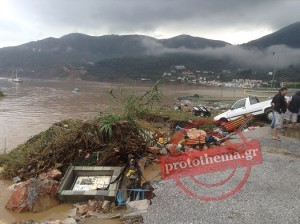