A new population genetics study proves that the presence of Slavic DNA in Greeks living the Peloponnesian peninsula was very limited. The DNA study, which was published in the magazine “European Journal of Human Genetics”, was conducted by genetics professor George Stamatogiannopoulos from Washington University in Seattle, and revealed that modern-day Peloponnesians have between 0.2% and 14% genetic make of Slavic origin. The study debunks a theory put forward by 18th century German traveler Jakob Philipp Fallmerayer in 1830 that the DNA of local population in the peninsula had all but been wiped due to constant Slavic raids in the middle ages. The study examined the DNA of 241 people throughout the Peloponnese between the ages of 70 and 90 (the oldest participant was 107 years old), whose grandparents were born between 1860 and 1880. The results of the tests showed that the DNA of today’s people is closer in make-up to that of French (39-42%), Italians (85-96%) and Spanish (53-62%), while the contribution of Slavic DNA was less than 15%. The results also confirmed that people living in the areas of Mani and Tsakones differ in their genetic composition from the rest of the population in the peninsula and between themselves, with the influence of Slavic DNA being below 1%. 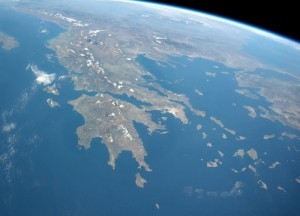 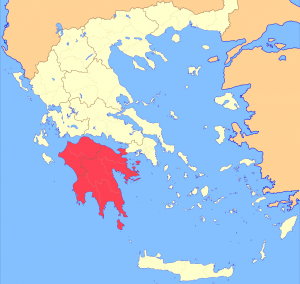