The Yellowstone supervolcano under America could erupt with terrifying power – expelling up to 250 cubic miles of volcanic rock and ash at once.

The eruption could blanket large areas of America in ash – and possibly plunge Earth into a ‘volcanic winter’.

Yellowstone’s last super-eruption happened 631,000 years ago. Until now scientists believed the ‘build-up’ to such eruptions took thousands of years. 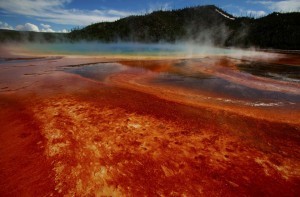 But researchers from Arizona State University, analysing rocks in Yellowstone, say that the process might take just decades.

NASA has said that supervolcano eruptions are a bigger threat to life than any asteroid.

Graduate student Hannah Shamloo says, ‘It’s shocking how little time is required to take a volcanic system from being quiet and sitting there to the edge of an eruption.’ 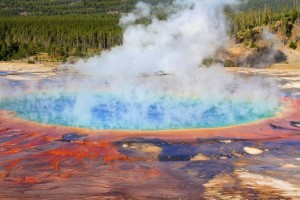 ‘We expected that there might be processes happening over thousands of years preceding the eruption,’ said Christy Tillat Arizona State, in an interview with the New York Times.

The odds of any supervolcano erupting in the near future remain small, the researchers say – but the forces that drive these rare events may move faster than anyone thought.