New research by climate campaign group Possible, which was published by the BBC, has found that a small number of frequent flyers dominated air travel before the pandemic with the vast majority only traveling domestically. In the United States, for example, just 12 perent of people take 66 percent of all flights. That trend is also evident in other developed countries such as the United Kingdom where 15 percent of people take 70 percent of flights. Calls are growing from environmental groups for the implementation of a Frequent Flyer Levy which is a tax that increases the more a person flies each year. 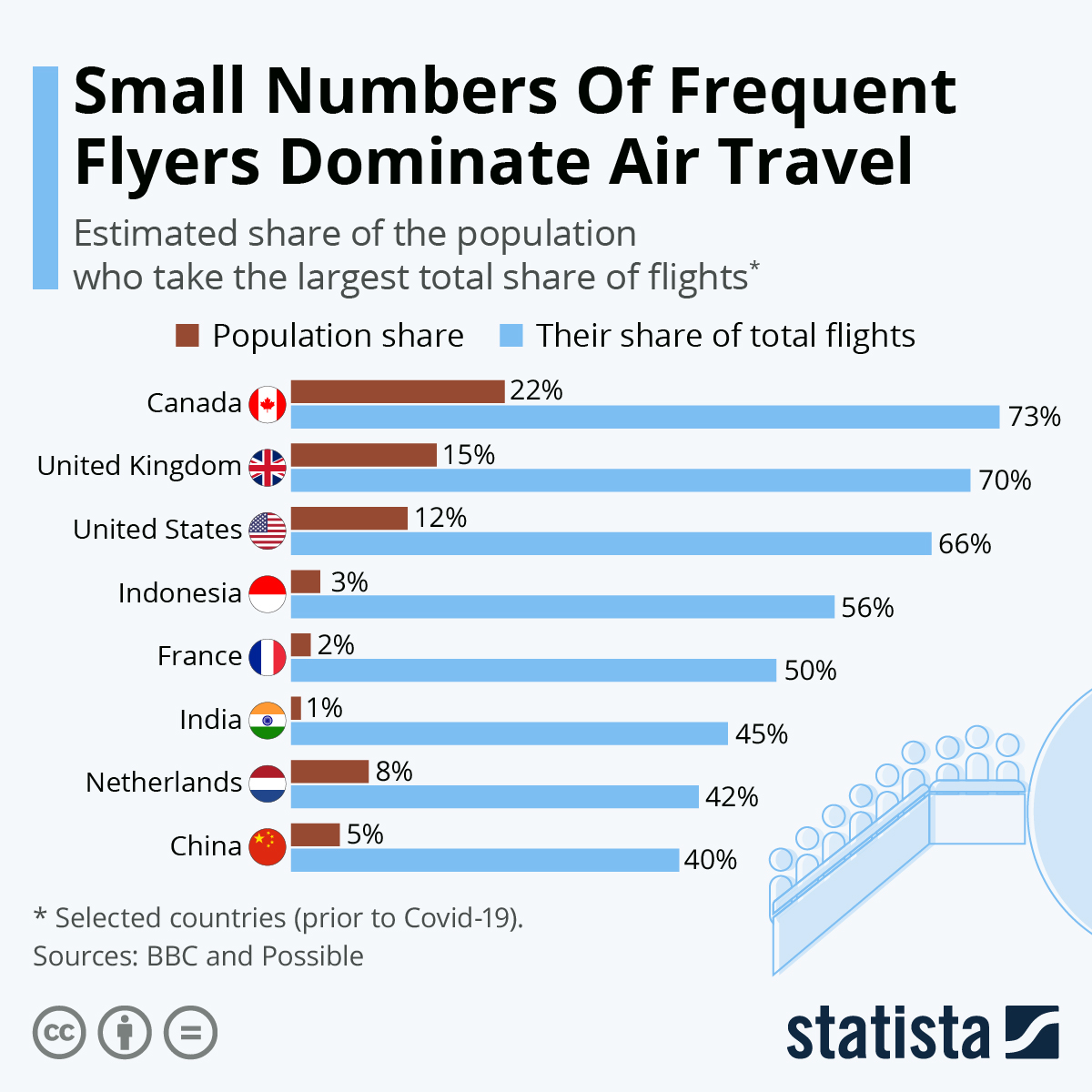