Police released a photo of a possible suspect

A soldier was attacked in the streets of London in the early hours of the morning, leaving him needing extensive surgery to his face. Police released a picture of a man they want to talk to following the assault at 3.20am on January 31 this year.

They said that the serving soldier was wearing mess uniform when he was attacked on Haymarket at the junction with Coventry Street, close to the Horses of Helios fountain.

The serviceman suffered from a fractured skull, cheekbone and eye sockets, as well as a broken nose that he has had several operations to correct.

Scotland Yard urged anyone who knows the man in the photo to contact police. 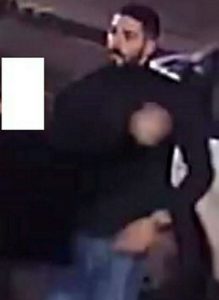