The accused said she pleaded for her life

Four men were charged with the murder and rape of Hannah Cornelius, a 21-year-old university student from South Africa. The student was car-jacked and gang-raped before being brutally murdered, it was revealed in court. 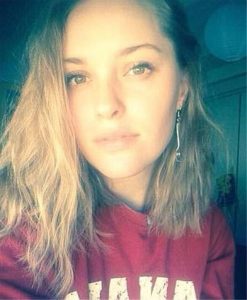 CCTV footage shows her and fellow student Cheslin Marsh, 22, being attacked by 4 men in May 2017.
Cornelius was gang raped by three of the men before she was brutally murdered. The accused had bashed the male student in the head and put him in the boot thinking he was dead. 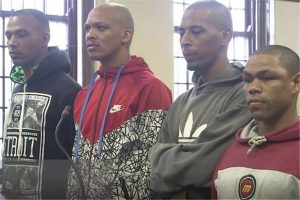 Video footage from a petrol station shows a figure in the car that might be the last image of her.
Geraldo Parsons, 27, one of the perpetrators of the crime said the student pleaded with them to let her go after being raped. 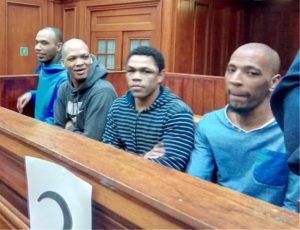 The four men aged 27 to 33, were charged in court with murder, rape, kidnap and robbery.
Yesterday, one of the four accused made a full confession in court, crying as he revealed Ms Cornelius bargained with her attackers in a desperate bid for survival.
Geraldo Parsons, 27, broke down in tears at Western Cape Court on Wednesday, as he went from pleading not guilty to confessing to the crime and implicating his co-accused.