Georgie, who studies veterinary physiotherapy, said the reaction had been “amazing”

British online media outlet The Sun reports that a a veterinary students stripped off and filmed herself riding her horse naked in an attempt to raise awareness on safety and urge people to wear their helmets.

Georgie Grace, 19, from Coventry, photographed herself riding her horse, Blue, wearing only her boots and helmet on November 22.

The teen decided to film her naked antics after seeing a Facebook campaign urging riders to raise awareness of always wearing a helmet.

Georgie, who studies veterinary physiotherapy, said the reaction had been “amazing”.

She said: “There is a sector of British riding called British Dressage, where they used to allow people to compete in just a top hat and they recently changed that ruling so anyone who rides and competes has to wear a hat with a chinstrap as well.

“I thought it was quite interesting…the person who posted it said that some people still ride nowadays without chinstraps and how dangerous it is. 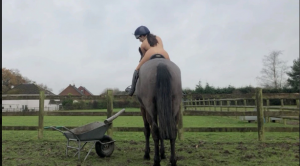 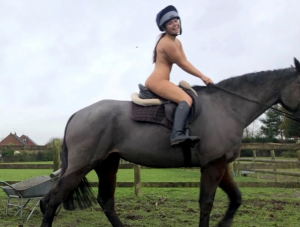 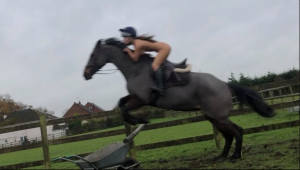 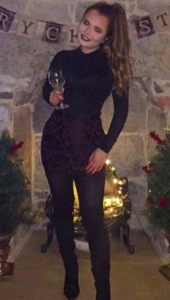 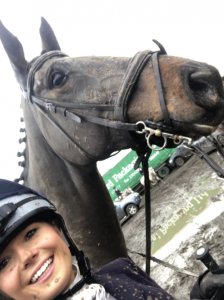