“A prayer that is divided between revelation (light) & concealment (shadow)”

The exhibition will be open from September 12 until November, 2017 and it will include works from the late 80’s to the present, together with works and installations made specifically for this exhibition in order to establish a specific and complex dialogue with the items in the museum’s own collections. 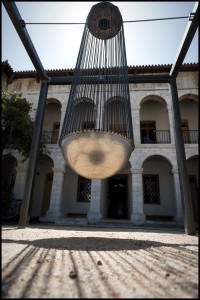 Alfredo Romano was born in Siracusa where he lives and works. Since 1985, he has participated in numerous individual and collective exhibitions in Italy and abroad. His works are present in many public and private collections, in international museums and at the European Cultural Centre in Delphi. His work, represented by the historic Galleria Giorgio Persano of Turin, has been the focus of attention of some of the most prominent art critics in the country, including Achille Bonito Oliva, Francesco Gallo, Giovanni Iovane and Enzo Fiametta. 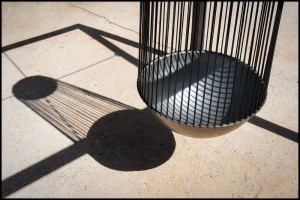 In the exhibition catalogue, art historian Sania Papà writes: “Alfredo Romano’s work leads to the “revelation” of the truth and “rampant” force of virtue, morality and, above all, self-awareness. It belongs to the field of austere discipline, kindness, and inner contemplation”. His multifaceted work strengthens memory, delineates interpersonal archetypes, urges remembrance, leading to a meditative situation from which emerges a sacred aura belonging to the world of light, to the dawn of legendary and historical time”. 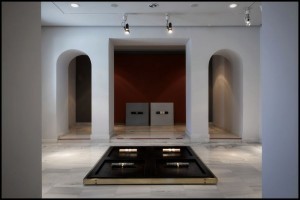 The artist himself adds: “I would like my work to be a song, one able to let silence pass and drift away to a point of common aspiration. That obeys the stratification of the ancient historical events of our tradition, the feeling of existence, and that it be able to awaken that sense of instinctive identification that passes through the recognition of physical and poetic belonging. My work is like a litany, a prayer that is divided between revelation (light) and concealment (shadow)”. 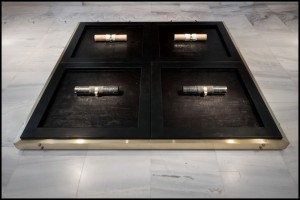 The work of Alfredo Romano expresses the fascination and contradictions between Magna Graecia and the dramatic situation of the contemporary world.