The Greek Chief of the Hellenic National Defence General Staff, General Konstantinos Floros, visited the remote islands of the Aegean on Wednesday.

General Floros visited Units and Formations of the Armed Forces in islands of the Eastern Aegean, where he exchanged wishes with the staff, on the occasion of the Holy Days of Christmas.

Specifically in Lemnos, General Floros received the Minister of National Defense Mr. Nikolaos Panagiotopoulos at the 130th Combat Squadron and together they visited the Readiness crews.

Then the Chief of the Hellenic National Defence General Staff went to the 88th Military Command, to the Naval Station of Lemnos and to the Patrol vessel Navmachos.

He then went to Agios Efstratios, where along with the Mayor Mrs. Maria Kakali he visited the headquarters of the Island Defense Administration.

Finally, he visited the Surveillance Outposts in Psara, Panagia and Agathonisi where he was welcomed by the Mayor Mr. Evangelos Kottoros.

Last stop of the tour was Farmakonisi where he exchanged wishes with the staff of Hellenic Coast Guard based there.

In the context of his contacts with the staff, General Floros praised the effort they made in successfully dealing with the Turkish continuous provocations in the Eastern Mediterranean and the Aegean.

He gave orders for continuous vigilance and referred to the actions taken by the country’s military leadership, to increase and renew the staff through recruitment, the effort to buy new military assets and of course the maintenance and modernization of the existing ones.

Study finds our Galaxy may be full of dead Alien Civilizations 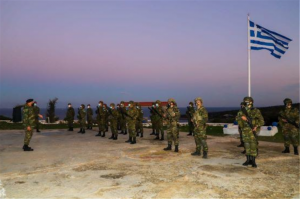 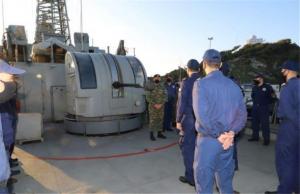 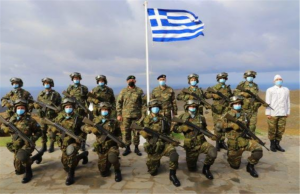