According to the WWF, 36 percent of all known shark and ray species are currently threatened with extinction. As covered in the new report on the ‘shark and ray meat network’: “The link between trade in shark meat and overfishing for threatened shark species needs to be more highly prioritized in public communication campaigns, as well as among those directly involved in shark fisheries.” Troublingly, “up to 100 million (sharks) are killed each year, and some populations have declined by more than 95% as a result of overfishing.”

As our infographic highlights, “Spain dominated the highly complex global trade in fresh and frozen shark meat, appearing in the top three traders by value, volume, and number of trading partners. In the last decade, the trade routes where the largest volumes of shark meat moved have been from Uruguay to Brazil; from Portugal to Spain; from Spain to Italy, Portugal and Brazil; and from Ecuador to Peru. The EU has established itself as the main supplier to Southeast and East Asian markets, its own exports and imports accounting for about 22% of the total global shark meat trade” 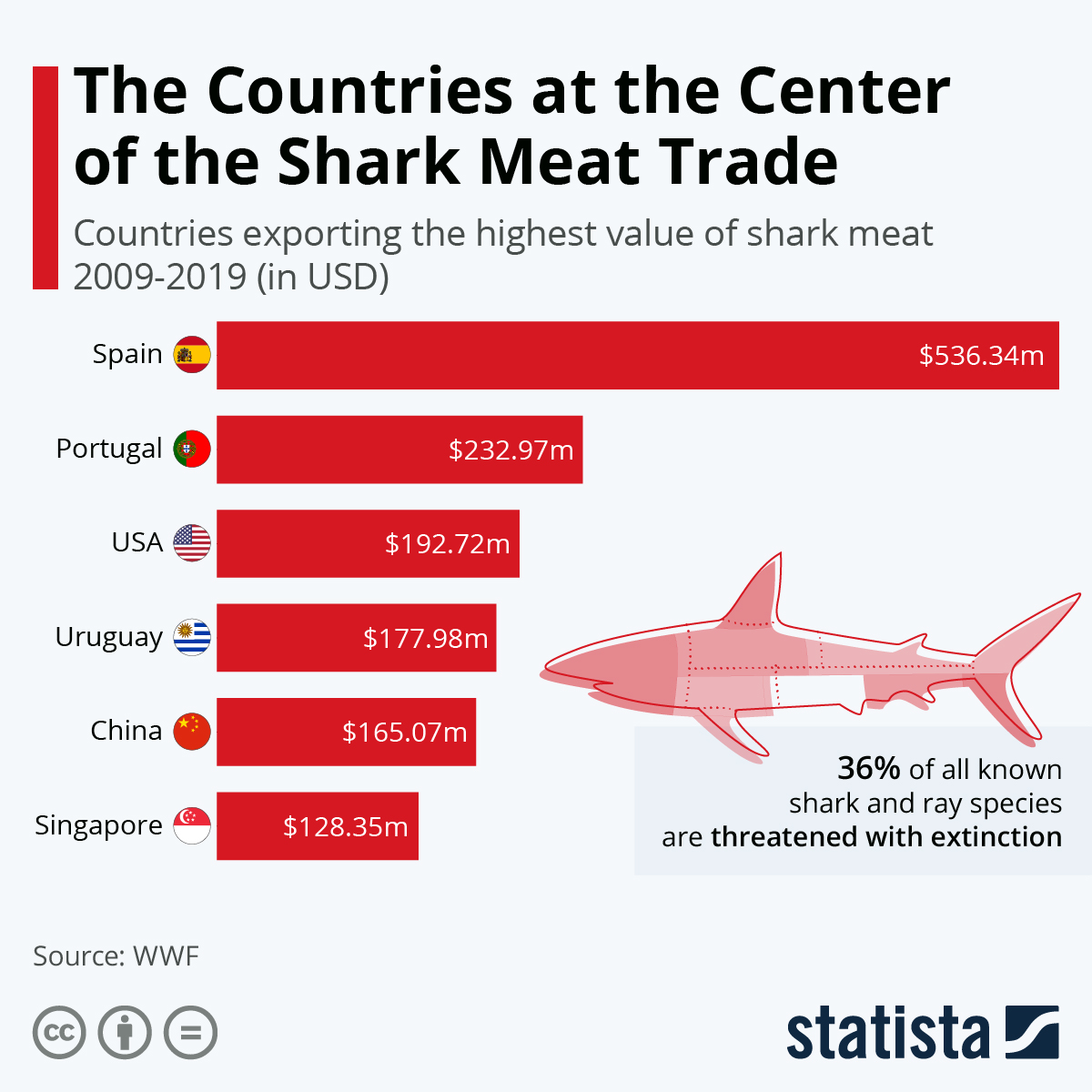