Aruba is on the top

One in every 95 individuals across the globe is either a refugee, internally displaced or seeking asylum compared to 1 in every 159 in 2010, according to a new report from the UN. Even though the global refugee crisis remained generally stable in 2020, 82.4 million people remain displaced across the world as a result of persecution, conflict, violence, human rights violations or events seriously disturbing public order. 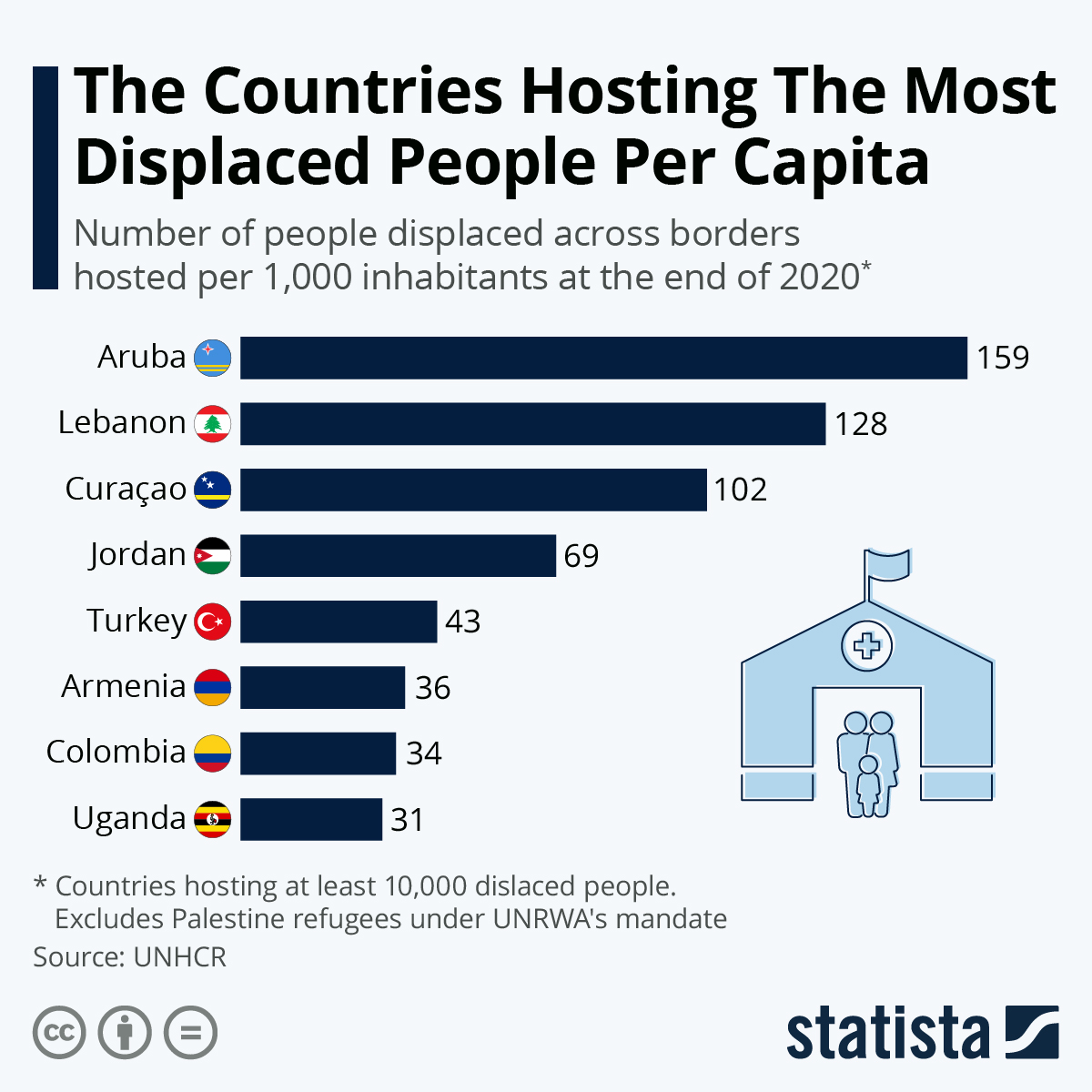