The top one is in Europe

How common are real lefties across different countries? Many studies have been conducted gauging the prevalence of left-handed people around the world and website leftyfretz.com has collected the results and compiled a country comparison. The data is presented on this infographic, most of which come from separate studies from different years. For example, the European countries listed are from a 2009 study by I.C. McManus which found that the Netherlands has one of the world’s highest prevalence of left-handedness at 13.23 percent.

The United States isn’t far behind with a rate of 13.1 percent while neighboring Canada has 12.8 percent. Elsewhere, rates of left-handedness are far lower and China is a good example. According to leftyfretz.com, only 3.5 percent of people in China predominantly use their left hand and that is actually higher than the rate recorded in many historical studies. It is thought that negative Chinese attitudes towards left-handedness are one of the primary reasons people attempt to mainly use their right hand with lefties often bullied, harassed and labelled abnormal. 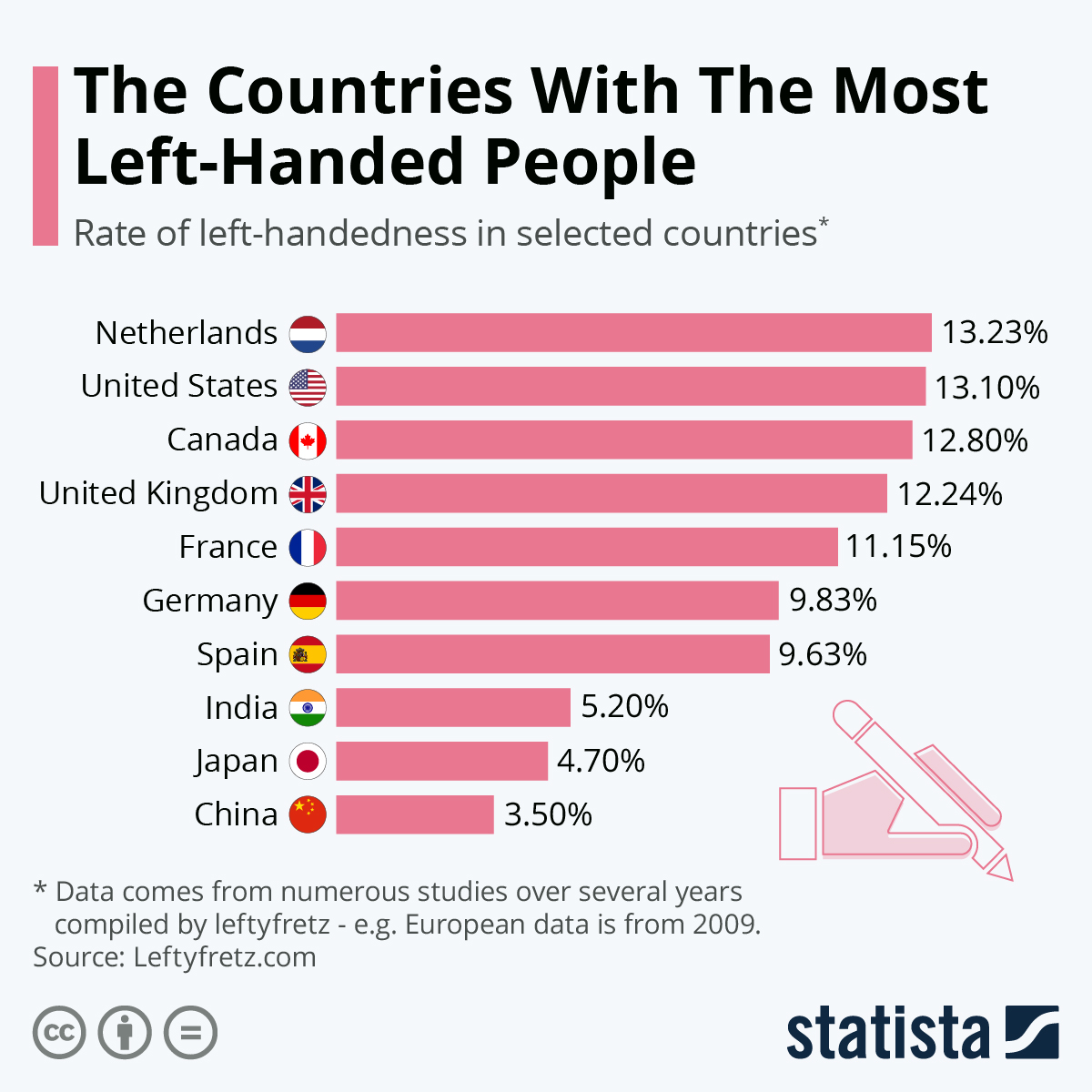