The Punt Gun was 4 metres long!

Designed to be fired from a punt (a small skiff boat), punt guns were intended to kill large numbers of waterfowl as efficiently as possible. Records exist of more than 90 birds being killed at once when the guns were used in the 19th and early 20th centuries.
The diameter of the gun’s bore, the interior of the barrel, typically exceeded two inches, and each firing would dispense more than a pound of shots across the water.
Punt guns were primarily used for sport, to harvest large numbers of birds on hunting estates.  The gun was fixed to the punt, and the hunter would silently direct the boat and the gun across the water, into the aim position. The gun had a very strong recoil; firing it would cause the punt to travel across the surface of the pool or lake.
Unsurprisingly, using punt guns had a very negative impact on the number of birds in the ecosystem. By the mid-19th century, a majority of U.S. states had outlawed the use of punt guns — but they continue to be used in Britain. 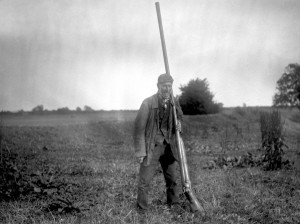 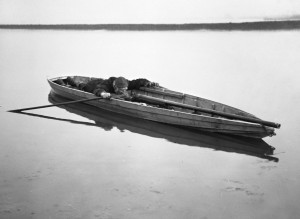 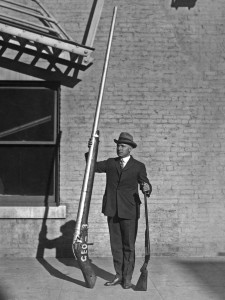