Seven months after the last floods

The residents of Mandra once again found themselves confronted with the bad weather and the severe floodings caused by yesterday’s storm.

The next day finds most residents of Mandra trying to clean their homes and businesses of the mud. At the same time, they complain about the state’s indifference as seven months after the last disaster, the works that would have prevented any new floods in the area never even started.

“My pharmacy was completely destroyed in the first flood and now I’m trying to save my merchandise. This is where the torrent passes, but it is not a solution to give up and leave. The State should take action because this can not go on any longer”, says Mr. Pantelis to protothema.gr.

The signs of last November’s destruction are still visible today and yesterday’s storm created new disasters. The biggest damage was done on the properties of the inhabitants of Koropouli Street, where one can see men, women and children struggling to clear what little is left of their belongings. 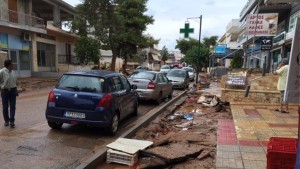 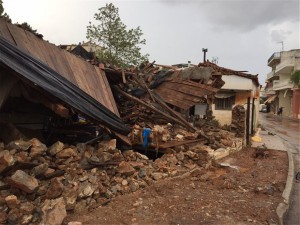 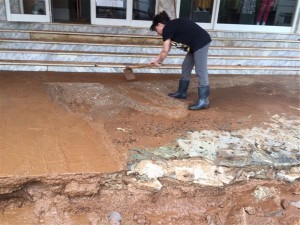 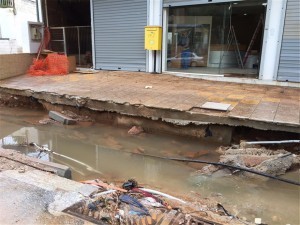 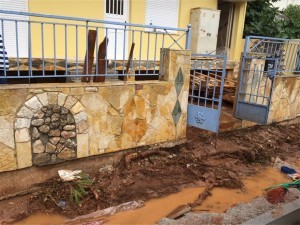 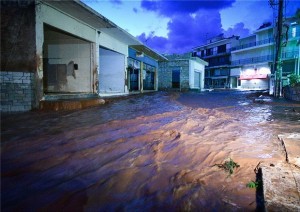 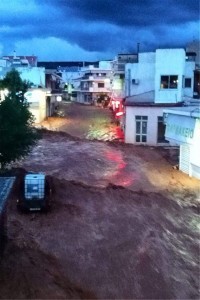