Chinese company sits at the top of the list 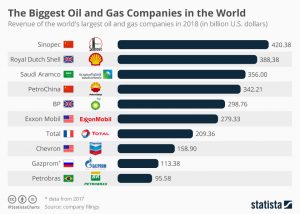