Last week, Argentina became both the largest Latin American country and the third South American country to legalize abortion. The Senate approved the change in the law with 38 votes in favor, 29 against, and one abstention. That occurred despite opposition from the Catholic church and the change represents a considerable milestone in a highly conservative region.

In South Korea, the government announced draft legislation that would decriminalize abortion until the 14th week of pregnancy and this became effective at the start of 2021, though it has not been voted on thus far. This world map uses data from The Center for Reproductive Rights to show the state of global abortion laws at the start of 2021. 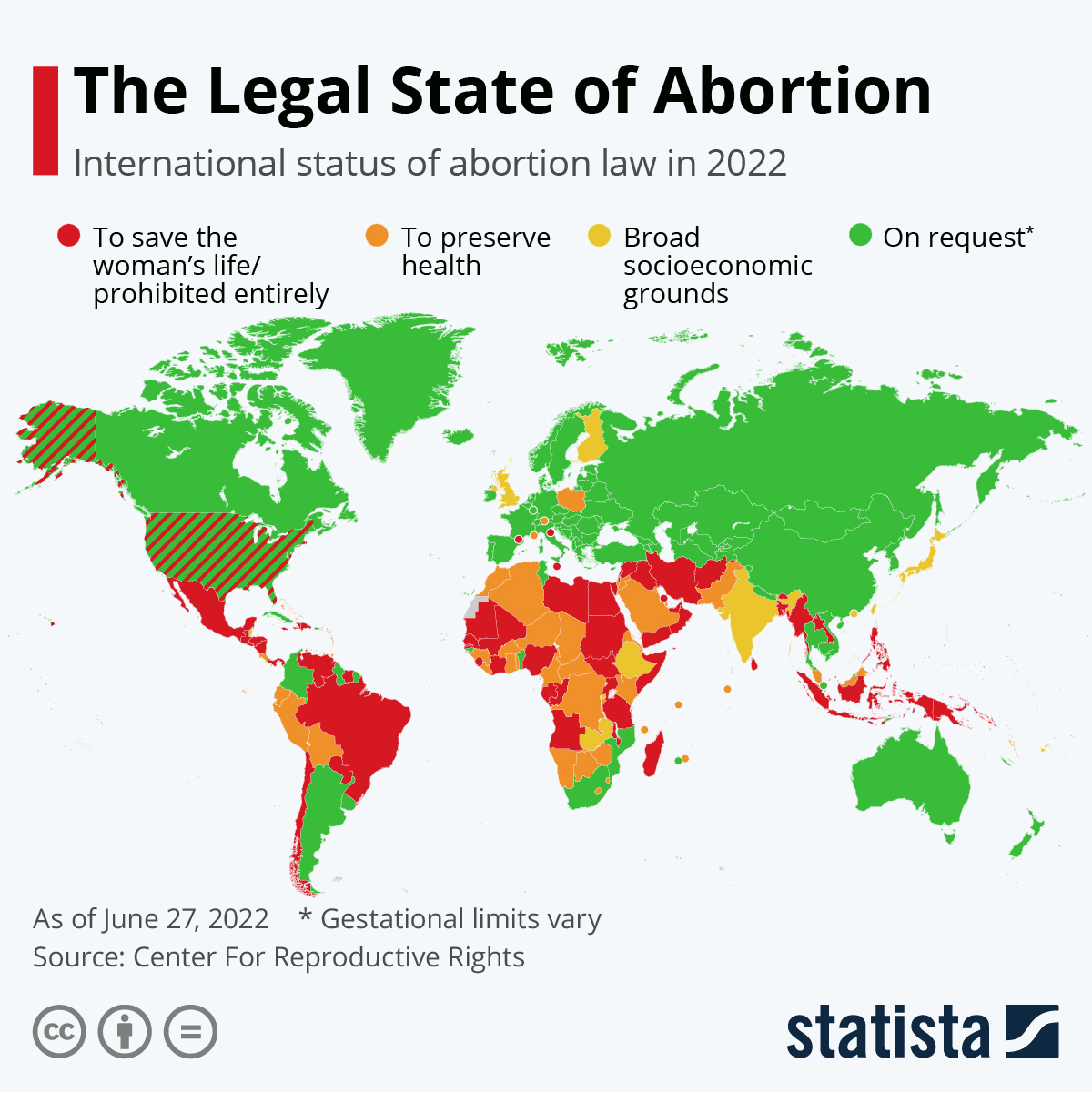