Few underground cities in the world are sculpted entirely out of rock salt. That’s the magic of Poland’s fantastic Wieliczka Salt Mine, near the city of Kraków.

A famed tourist attraction, a site of worship and even weddings, a gripping gallery of artistic reliefs, everything in Wieliczka is carved from salt blocks.

Mining operations stopped in 1996, but for many centuries in the past Wieliczka was the most significant cog in the local region’s economy. 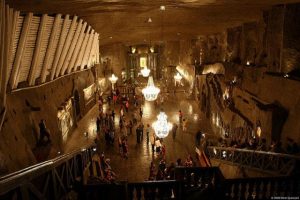 Salt was recognized as a precious resource in medieval times for its preservative properties, and this led to increased exploitation of it. Mines such as Wieliczka were worth gold.

In fact, by Renaissance times, it seems there wasn’t any other more lucrative business in Europe than this mine. 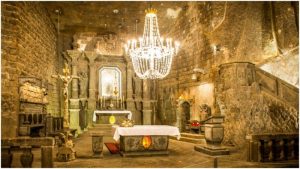 Royals regularly visited the venture, but it was miners who spent days and nights here, endlessly intruding the earth, creating new shafts and digging out new caves.

But they also sought comfort. The story of the mine’s lavishness begins with the miners. 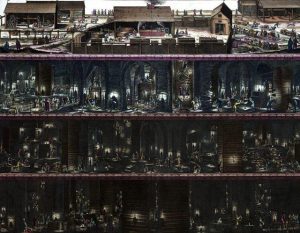 Sculptor-miners began adorning the caves with figures of salt ever since the 13th-century. This gave a breath of life to the place where they were supposed to spend all the sunny hours of the day.

It’s hard to imagine the vastness of the place. It’s said Wieliczka today contains about 2,000 chambers which may take full two months to go around each and every one of them.