The US media dominate

Paywalls are becoming more and more common among news websites. Making users pay for online news content isn’t impossible – but remains a challenge. While many news outlets are still hesitant to charge their readers, data compiled by the Reuters Institute for the Study of Journalism (RISJ) show that paying for online news is quite widespread in markets such as Norway (45%) and has also become relatively common in the US (20%).

So, which news outlets are consumers actually willing to pay for?

As our chart – based on data by FIPP and Celera One and published by Visual Capitalist – illustrates, the New York Times is still topping the list with 7.5 million paid subscribers. Interestingly, the Times saw a significant uptick in digital subscriptions after Donald Trump was elected president in November 2016 and also had a particularly strong year in 2020. The Washington Post, The Wall Street Journal, Game Informer and the UK’s Financial Times fill the ranks below the Grey Lady. The British Guardian, which celebrated its 200th anniversary on May 5th, counts nearly 800,000 paid subscribers. Other than most news websites, it doesn’t shut readers out after they have read a certain number of articles, but encouraged them to subscribe nevertheless. 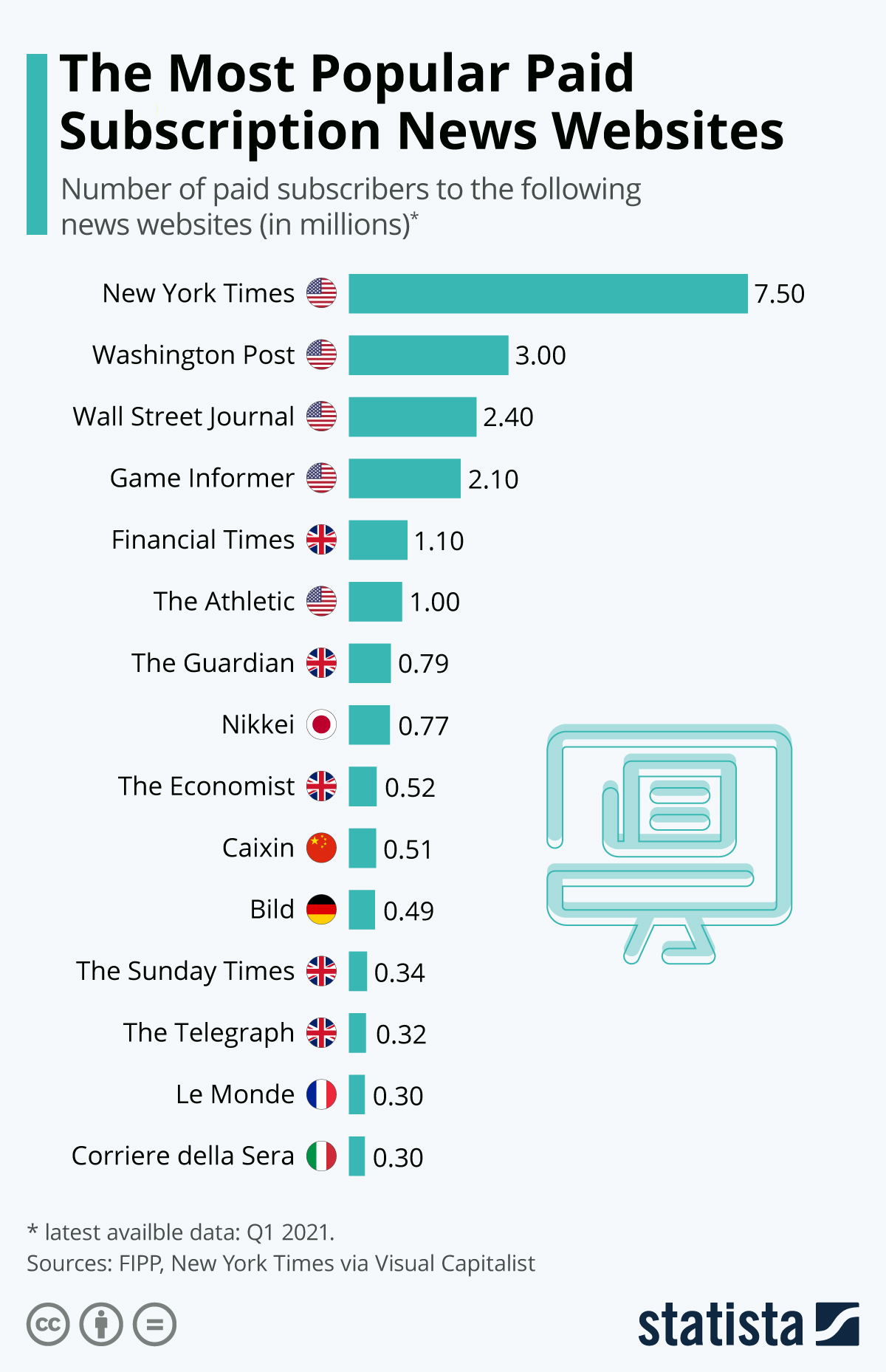