According to the Forbes Global 2000 published Friday, the coronavirus pandemic has shaken up the list of the most profitable (public) companies in the world. Tech companies Apple and Microsoft, which benefited majorly from people working and socializing online, shot to the top of the ranking, while banking and investment profits remained more stable. Google parent company Alphabet grew its profits to $40.3 billion up from $34.3 billion, up more than 17 percent.

Saudi state oil company Saudi Aramco slid down to rank 3 as oil suffered during the pandemic. The company, which was touted as the most profitable company in the world before going public in late 2019, cleared the spot for Apple, which had previously topped the list.

Since profits are known only for publicly listed companies or those planning to become listed on a stock exchange, the earnings of a large number of companies around the world, especially state companies, remain unknown and are not included on the list. 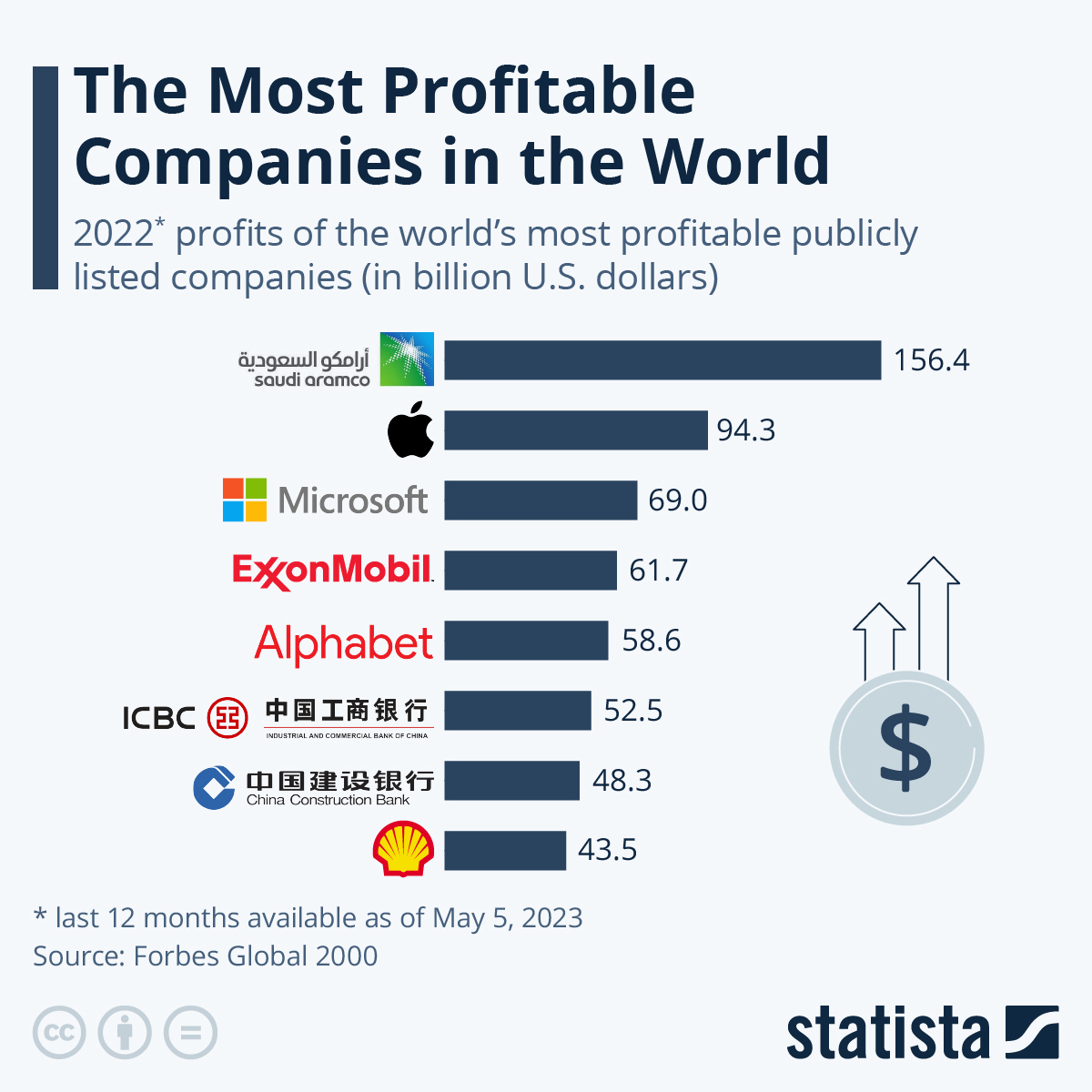