Every five minutes on the planet a Christian is murdered in a religious related crime!

Shocking facts about how Christians are being massively persecuted in a “silent genocide”.

Christians are the most persecuted religious group in the world for the second year in a row and the numbers are shocking.

A total of approximately 90.000 Christians were killed last year and almost one a third of them was in the hands of Islamic extremists such as ISIS.

Others have been the victims of state prosecutions in countries like North Korea. Also, according to the survey by cesnur.org “600 million Christians were prevented from exercising their faith”! 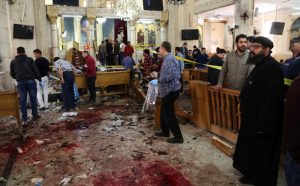 According to another survey by Open Doors USA, 215 million Christians were persecuted in 2018.

And over the past 15 years, 1,6 million have been murdered for being Christians.

The official reports are shocking:

Every month:
– 255 Christians are killed
– 104 are abducted
– 180 Christian women are raped, sexually harassed or forced into marriage
– 160 Christians are detained without trial and imprisoned
Every five minutes on the planet a Christian is murdered in a religious related crime!…

These are the official data according to recorded complaints which means that the real numbers are many times bigger than these, as it becomes clear by cesnur.org survey.

The British Release International even warns that persecution against Christians will escalate even further in 2019 and calls on international organizations to take action. 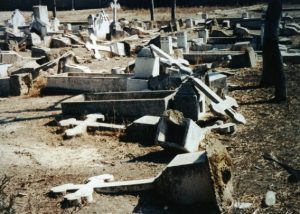 The first figures for this year are extremely worrying:
Since the beginning of the year, more than 6.000 Christians, mostly women and children, have been murdered by radicals only in Nigeria.

“What happens in the Plateau state and other places in Nigeria is pure genocide and must stop immediately”, according to the Nigerian Christian Association and the leaders of the religious churches in Plateau State.

“More than 6.000 people, mostly children, women and the elderly, have been killed in night raids by armed Fulani”, they add. The Patriarchate of Alexandria has also undertaken initiatives to address this major problem.