“The bed that saved me from the Taliban”

Just over a year ago, Greek pilot Vasileios Vasileiou checked into a luxury hilltop hotel in Kabul. The Intercontinental was popular with foreign visitors – which is why, on 20 January, Taliban gunmen stormed it, killing at least 40 people. Vasileios explains how he survived.

I had decided to go for dinner early – at six o’clock – with my friend, another pilot called Michael Poulikakos. It was the first time in the three or four months that I had been coming to the Intercontinental that I’d done this – usually I had dinner at around 8.30pm. 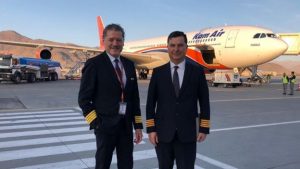 We finished dinner about 7.30pm and then I went up to my room – room 522 – on the top floor, to make some calls. At 8.47pm I was on the phone to Athens when I heard a big explosion down in the lobby.

I went out on to the balcony. I could see a man on the ground covered in blood and I could hear gunfire coming from inside and outside the hotel. I realised how lucky it was that I wasn’t in the restaurant at that moment and said to myself, “OK Vasileios, you have to do something in order to survive.”

I left the balcony door open and locked the door to my room. There were two beds in my suite so I took one of the mattresses and put it against the door to protect myself from grenades, and then I gathered some bed sheets, towels and clothes and made a rope that I could use to get to the fourth floor if I needed to. 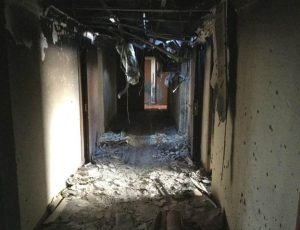 Because I’m a pilot and a trainer I’ve studied crisis management and decision-making for years, so even if I’m only going to a restaurant or to the theatre I think about sitting by the door, or close to the emergency exit – it’s automatic, almost second nature.

I started thinking about what I was going to do next. I had no idea how many attackers there were or where they were in the building, and jumping from the fifth floor wasn’t wise, so I said to myself, “Vasileios, stay inside and try to do as much as possible to protect yourself.”

For some reason I can’t really explain, I was unexpectedly calm.