Dozens of long-range, cheap Valkyries drones could swarm, bomb, jam, spot & expose enemy missile defenses for the cost of just a handful of F-22s or F-35s

The US Air Force on Tuesday tested the XQ-58A Valkyrie demonstrator, which it calls a “long-range, high subsonic unmanned air vehicle” designed to fight against Russia and China in suicide missions too dangerous for manned fighter jets.

The Air Force tested the Valkyrie as part of its Low Cost Attritable Aircraft Technology program, which in layman’s terms means a program to create cheap aircraft that can soak up enemy missiles, clearing the way for other jets to follow.

The US has stealth fighter jets like the F-22 and F-35 for the explicit purpose of penetrating heavily defended airspaces, but top adversaries like Russia and China have responded with a wide array of counter-stealth technologies and strategies. 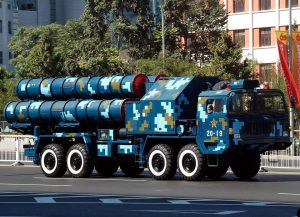 According to Justin Bronk, a combat aviation expert at the Royal United Services Institute, some threats even these elite jets likely can’t survive.

“Missions which are effectively one way, where there’s a campaign-critical target that is realistically too high threat to expect” jets to survive call for drones, said Bronk.

While the F-22 and F-35 represent true all-aspect stealth aircraft optimized to evade detection, tracking, and interception via missiles, they have a fatal weakness.

To drop bombs or fire missiles, both aircraft must open up their bomb bays, ruining their stealth shaping. Additionally, radar or communications emissions may compromise their operations.