The Premier League dominates the top 10

Football has long been big business and Deloitte has analysed the clubs bringing in the most revenue in the latest edition of its Football Money League. Barcelona generated more money than any other European club for the first time in the 2018-19 season for the very first time, bringing in €840.8 million. Real Madrid had the second-highest revenue with €757.3 million while Manchester United came third with €711.5 million.

Despite making the top-three, the Red Devils are suffering the financial repercussions of failing to qualify for the Champions League and that is denting revenue. Deloitte said that Manchester United are likely to fall to their lowest ever Money League position in next year’s edition. That could also put the club at risk of losing its position as the Premier League’s highest revenue generating club for the first time. 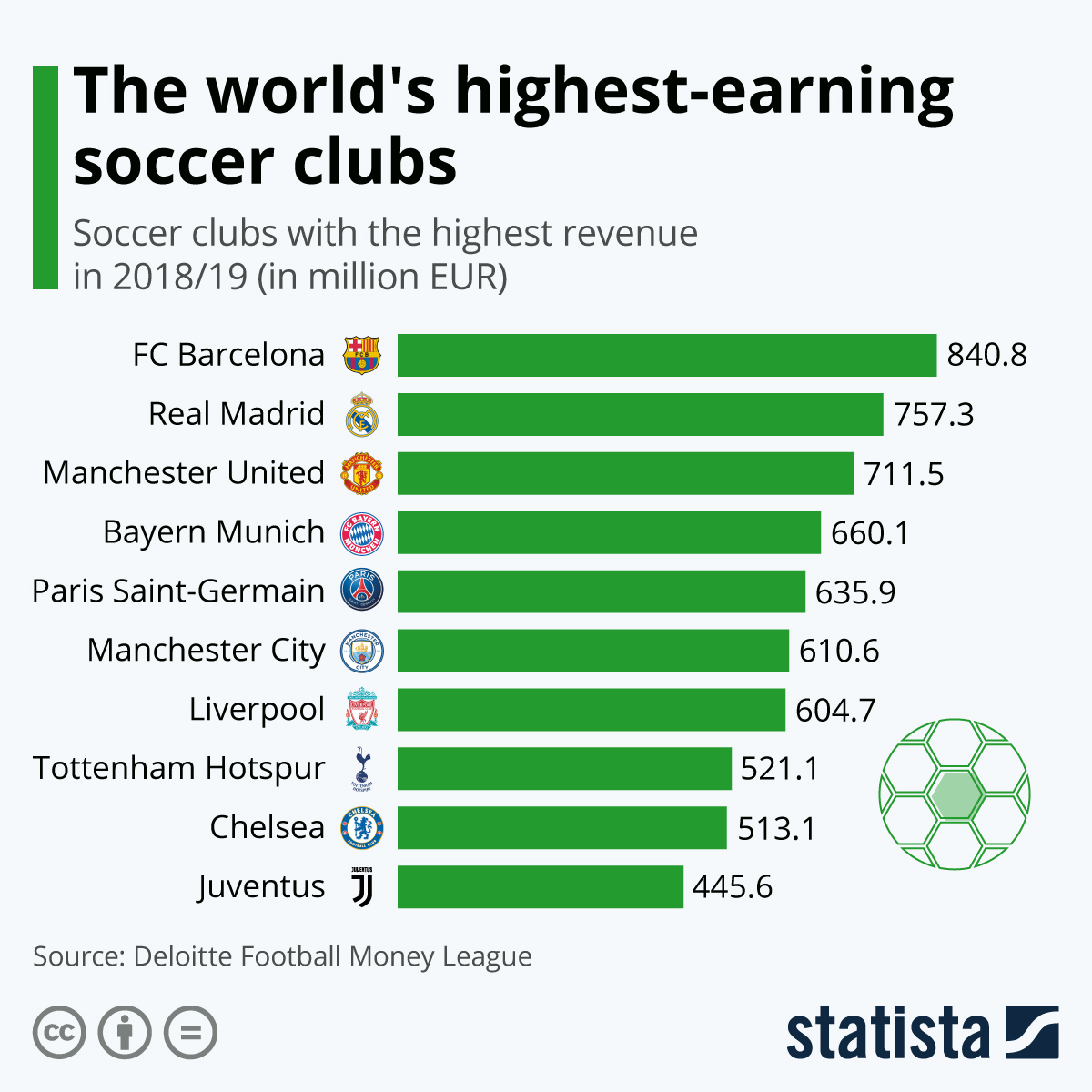