Warrior reconstructed based on his skull and artefact imagery

The “GriffinWarrior”, the name given to a 3,500 year-old ancient Greek warrior, discovered in 2015 by husband and wife archeologists Jack L. Davis and Sharon R. Stocker at the excavation site of Pylos near the Mycenaean Palace of Nestor, was a handsome man with long black hair. His face was reconstructed by Lynne Schepartz and Tobias Houlton from the University of Witwatersrand, South Africa by using his skull and other recent data collected. The face was presented at the American School of Classical Studies by Jack L. Davis and Sharon R. Stocker. “It seems he was a handsome man. We restored him with long black hair, based on a warrior depicted on a stamp found in his grave, which will be made public next year”, said Stocker. The grave was discovered in the spring of 2015 by Jack L. Davis and Sharon R. Stocker, after they had excavated on the Pylos site for 25 years. What Davis and and Stocker had stumbled on was a very rare shaft grave, 5 feet deep, 4 feet wide and 8 long. Remarkably, the burial was intact apart from a one-ton stone, probably once the lid of the grave, which had fallen in and crushed the wooden coffin beneath. The coffin has long since decayed, but still remaining are the bones of a man about 30 to 35 years old and lying on his back. Placed to his left were weapons, including a long bronze sword with an ivory hilt clad in gold and a gold-hilted dagger. On his right side were four gold rings with fine Minoan carvings and some 50 Minoan seal stones carved with imagery of goddesses and bull jumpers. An ivory plaque carved with a griffin, a mythical animal that protected goddesses and kings, lay between the warrior’s legs. The grave contained gold, silver and bronze cups. 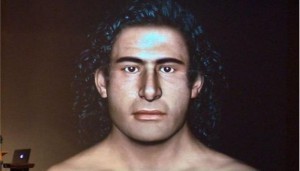 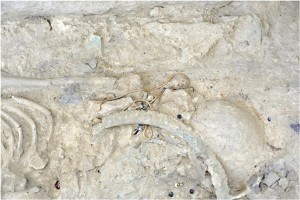 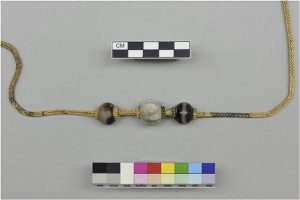 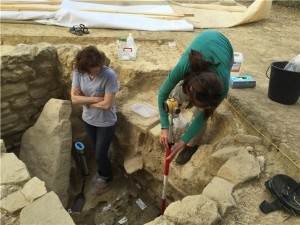 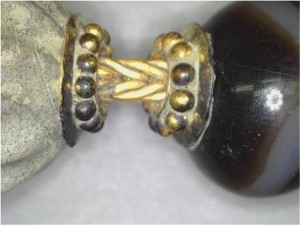 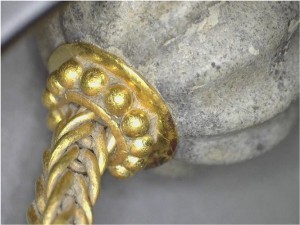 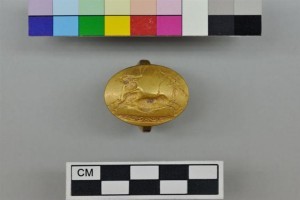 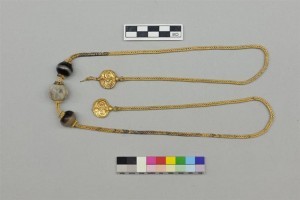 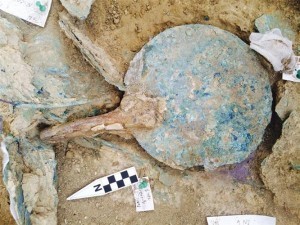 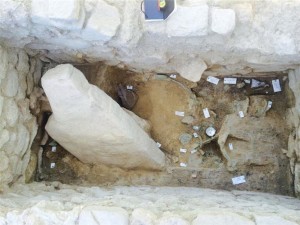 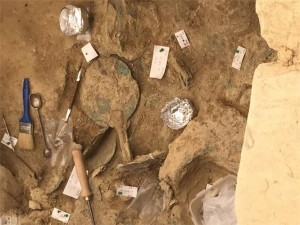 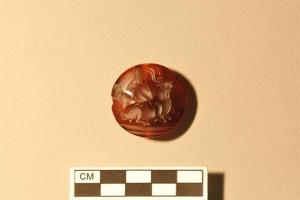 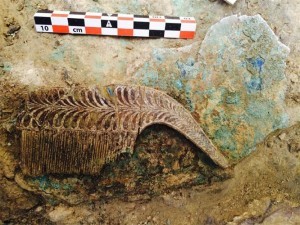 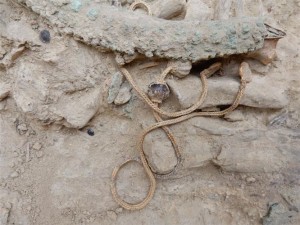 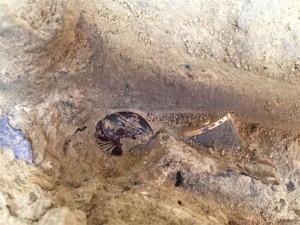 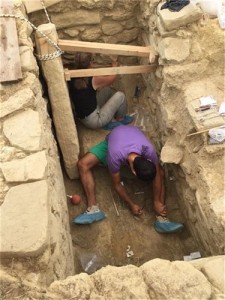 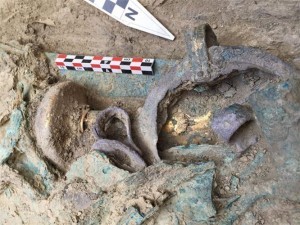